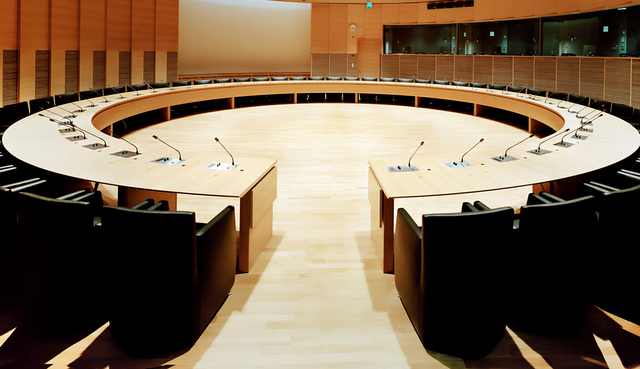 Two prominent voices for renewable energy have circulated an open letter to the Solar Energy Industries Association (SEIA) and a petition to try and change the structure of SEIA’s board of directors in order to achieve a better balance between distributed generation and utility-scale proponents when setting the direction of the advocacy organization. You can view the petition here.

Those voices, Barry Cinnamon and Jigar Shah, co-wrote a letter that explained their impetus for doing so, which boils down to a belief that SEIA’s board consists of too many utility-scale voices and not enough smaller, distributed generation voices – or is at least trending that way. Remember that any organization can join SEIA’s board if they pay a certain higher tier in membership dues. The issue, as Cinnamon relayed to Solar Builder, is that fee has been driven so high that it prices out certain size companies. SEIA’s board right now consists of 22 spots earned through higher membership fees and five that were elected. Here are some portions of that open letter:

We want you to sign our petition to let SEIA know that local residential and commercial solar companies want to pay more in dues to support the solar industry if they are ensured to have the same voice and influence as their utility solar brothers and sisters.
…
The solar industry has the most active employee and advocate base ever mobilized in the clean energy space. Yet it’s messaging is being led by environmental groups and foundations, instead of SEIA. The core of the DG industry lies with hundreds of companies with $5M-$100M of annual revenues that are consistently profitable every year – almost all of whom are only basic members of SEIA. Solar is by far the most popular form of energy in America. There are a million homeowners with solar, which means that there are over 100M Americans – one third the population – who know someone with solar on their roof.

But solar industry leadership is focused almost entirely on minutiae in Washington, DC. Right now, the primary movers on the SEIA board are large corporations, many of whom have aspirations that are less local and more global, less rooftop solar and more utility-owned solar. In a nutshell, the dominant interests on the SEIA board are not making room for the voices from the vast majority of solar installers and customers in the U.S. Some are even pandering to utility arguments to reduce the value of solar through changes in net metering and other tariff taxes.

We asked SEIA if they had a comment on the petition, and here is the statement from Dan Whitten, VP of communications: “Our view is that a rising tide lifts all boats. As we’ve seen in our successful campaign to extend the investment tax credit and our fights to boost DG net metering in the states, we can accomplish much more united than divided. The goal is to lift the solar community at all levels, and given the outlook for massive growth in demand for solar, there are significant opportunities for all industry sectors if we work together.”

Disclosure: Solar Builder is a member of SEIA.

More from the open letters

The timing of this petition isn’t accidental and comes at a crucial time for the solar industry. For one, Cinnamon and Shah highlight the departure of Rhonne Resch and the leadership void that remains. But more importantly, most states are considering the future of net metering, interconnection costs, local incentives, codes and standards and punitive property taxes – and essentially the future of distributed generation – which means a single solar industry voice that’s advocating from the same playbook is needed.

Many of us “old-timers” have seen these gyrations in the solar industry before. As an industry should do, we need to look forward to the technology and structural cost changes that are under way right now – and adapt to them. National and state priorities need to reflect our business and climate goals. With the most recent extension of the investment tax credit and deployed solar costs continuing to decline, many are wondering what the next decade of SEIA priorities really should be. Do we need an organization that is heavily focused on the federal government? Should SEIA be on the front lines leading the effort at the state level? How do we balance the benefits of DG solar with the profit motivation of regulated utilities, many of whom are actively blocking ability of Americans to vote with their check books and buy from our industry?

SEIA and state solar chapters have done a solid job on behalf of the solar industry. Everyone employed by the solar industry owes them a debt of gratitude. Even with the extremely talented staff led by a very capable Tom Kimbis, they are increasingly showing their inability to keep up with the incoming onslaught by traditional fossil fuel and utility interests. Yes, we got the ITC for a few more years – but there is a big gap between the current market and the addressable market. We should not be trailing Australia’s 15% solar rooftop penetration achievement here in the USA over the next five years. And we don’t want the DG solar market to stagnate as has happened in Europe. In fact, the entire European Photovoltaic Industry Association board has been taken over by utility scale players often openly hostile to the DG market.

Nat Kreamer, SEIA’s Chairman of the Board of Directors and president and CEO of Spruce Finance, sent out his own open letter earlier in the week, addressing the diffuse threats the industry is facing and the complexity in finding a solution.

In this networked policy environment old definitions – which draw distinctions based on jurisdiction or customer type served – fail us. For example, the Clean Power Plan is a federal policy being implemented in the states; it creates opportunities for both utility scale and distributed generation. Similarly, rate design and net metering are policy fights that are symptoms of larger questions: “What is the right utility business model for the future? Will it remain a cost-plus monopoly compensated for commodity sales and infrastructure investments, or will it transition to a networked model compensated for infrastructure investment and value-added services?” The Clean Power Plan, net metering, and changing utility business models are policy opportunities and threats that are connected. Interconnected policies mean that even if your company only does one thing in the solar value chain for one customer type, then your success is still affected by the success of everyone else in solar.

While solar companies’ policy interests are more connected, many companies’ business models are converging, too. For example:

• Traditional utility-scale players are doing more distributed commercial and community solar business;
• Predominantly residential solar companies are selling grid services to utilities;
• Manufacturers are in the finance business; and
• Finance companies are in the logistics and/or hardware business.

Converging business models mean that companies across the solar industry have more common interests and more reasons to co-invest in policy success. The solar business model changes happening now are only the most recent twists in our industry’s evolution – an evolution that happens faster than other industries because we are growing faster. Supporting policies that create new business opportunities across the industry ‘buys’ real options for our companies. Buying options is the effective way to manage the volatility of the “solar coaster” and to maximize long-term equity value for your company.

If we were a mature and fragmented industry (i.e. one with low growth and high penetration rates), then it would be difficult to have one national solar industry association because factions would fight over carving up a fixed pie (i.e. win-lose or lose-lose). By contrast, solar today and for the foreseeable future will be a growth industry with low penetration and huge market potential. That means solar companies should pursue integrative (i.e. win-win) policies that support our entire industry’s success.

He highlighted SEIA’s priorities for advocating government policies and taking actions that:

1. Increase the availability and reduce the cost of financing for solar;
2. Maintain and expand markets for solar; and
3. Develop a long-term plan for grid integration so that solar grows to become one of the top energy sources in America.