Solar vs. the state: Net metering, rate battles are heating up around the country 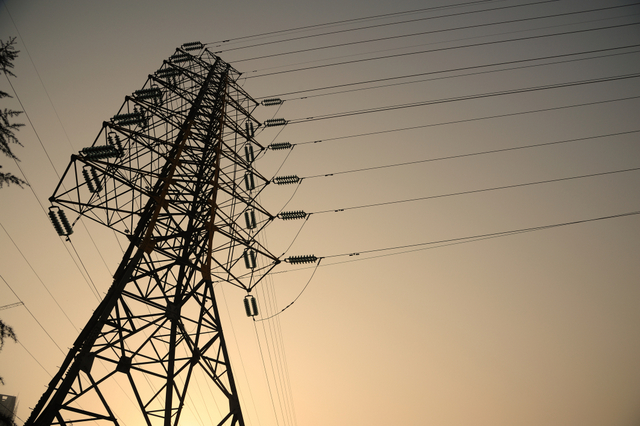 The extension of the Investment Tax Credit (ITC) got the big headlines, but the net metering and rate decisions being made around the country could have a dramatic impact on a solar installer’s business.
The most notable of these battles is taking place in Nevada, and the path taken to get here has been strange. Nevada made a commitment to solar in 2014, with SEIA reporting $569 million worth of installments as a result. The flood of installs, while encouraged by the state, was too much for them to handle and they hit the 235 MW cap on net metered systems a year later.

This means it was decision time, and a disruption in the energy sector that big and that fast caused a stir among utilities and regulators, leading to an unsurprising decision at the end of 2015 when the Public Utilities Commission PUCN voted to reduce the retail remuneration rate paid to net metering customers and also create a separate customer class for residential and small-scale solar. In addition, there was an increase in fixed charges as well as a decrease in the volumetric commodity charge.

The increased rate was enough to bring new residential solar business to a screeching halt, but the most controversial aspect is all of those changes are applied retroactively to all solar customers with the new rates phasing in over a 12-year period. So, if you installed a system based on the state’s urging and got a nice deal – whoops!

The impact of this decision was immediate within the state and may reverberate beyond its borders. In Nevada, big names like SolarCity and Sunrun (and Vivint Solar before them) decided to halt sales and leave the state, taking jobs with them. Those companies represent about two-thirds of the solar business done in the 2014 boom. Smaller, local companies Go Solar, Premier Solar and Radiant Solar Solutions also announced a combined elimination of 98 positions.

But other states were already poised for their own net metering battles, and this outcome, despite the negative headlines, provides a completed blue print that others could follow.

As of Q3 2015, 42 states were considering 91 different actions, 22 of which involved net metering and 26 of which involved a residential fixed charge increase, according to NC Clean Energy Technology Center’s “50 States of Solar” report. Here are a few of the notable states to watch:

Maybe the most major of these debates was taking place in California. The margin was narrow, but in a 3 to 2 vote, California’s Public Utilities Commission upheld its net metering regulation, allowing homeowners with solar panels to keep selling the excess power back to their utility at the full retail rate.

Since California is the solar capital of the U.S., this was an important decision that has big implications for the solar industry and utilities. Most states have passed laws allowing net metering, but a 40 percent drop in the cost of residential solar installations in the last five years has prompted some to review those policies amid calls by utilities to roll them back.

But as the close vote indicates, there is still some indecision on this issue. There already were some concessions made that will drive up other costs. Solar customers will have to pay a new fee of between $75 and $150 to connect a system to the grid and will be required to move to time-based utility rates, paying more for power during peak hours. They will also be required to pay monthly fees of about $6 for certain utility programs.

The state’s three investor-owned utilities, Pacific Gas & Electric, Southern California Edison and San Diego Gas & Electric, initially argued for fixed charges for solar customers, but in the last month authored a new proposal that would preserve net metering but reduce the rate at which solar customers are compensated for the excess power they produce.

“Today’s decision by the Public Utilities Commission will empower Californians to contribute to a cleaner, more affordable, more resilient and more distributed grid. It will give us the time to prove distributed energy’s full benefits to the grid and all ratepayers, while continuing to deploy clean energy and creating jobs today.”

Hawaii has been the most progressive state in encouraging solar installations, but it did eliminate the previous retail rate net metering program in favor of two new options — those supplying power to the grid pay a new fixed rate, and those who do not receive a minimum bill.

Arizona is the next Nevada in terms of a contentious debate to watch. The Arizona Corporation Commission set a flat grid access fee of $5 or 70 cents per kW in 2013, but said it would consider the $21 or $3/kW fee the Arizona Public Service Co. wanted. The back and forth in the ensuing years led the ACC to open a solar cost-benefit analysis, which is still ongoing.

South Carolina’s Public Service Commission approved retail rate net metering in 2014 and will be reevaluating this in 2020. Any residential customer who installs a system before 2021 is eligible for the retail rate up until 2025.

In December, Mississippi set a policy that will compensate solar customers at a rate between the retail and wholesale prices ($0.07 to $0.075 per kWh).

Massachusetts hit its net metering cap last year and just kicked off 2016 by hitting its cap on Renewable Energy Certificates quicker than expected. There is a pro-solar bill sitting in the state’s Senate and pro-utility bill sitting in the state’s House. And they both may be sitting there for awhile. This is disappointing considering Massachusetts’ prominence in solar thus far.

“Massachusetts has been one of the top solar energy markets in the U.S. for the last decade,” said Sean Gallagher, vice president of state affairs for SEIA in a statement. “That leadership has brought over 12,000 solar jobs and more than a billion dollars of private investment in clean energy to the Commonwealth. The state has a unique opportunity to build on that success, but recent policy inaction has led to an uncertain business environment, and solar projects have stalled in hundreds of towns.

“We urge policymakers to raise the caps on consumer sales of electricity back to the grid. This must be achieved through quick legislative action to maintain investment and jobs. The legislature’s own task force found that every $1 invested in solar brings $2 in benefits to the Commonwealth.”

In March 2015, the Maine Public Utilities Commission released a study that put the value of solar at 33 cents/kWh, substantially higher than what state residents pay for traditional power. Solar advocates said the study underscored how the resource is underutilized in the state, but local utilities are fighting against net metering. To fight back, Maine solar installers, local and national businesses, environmental organizations, and the newly-formed Solar Energy Association of Maine delivered a petition with nearly 4,000 signatures to the state legislature, urging Maine regulators and lawmakers to preserve current net metering policy as a side-by-side option for consumers who want to go solar.

The petition comes on the heels of a letter signed by 15 groups, including local energy companies, the local IBEW union and national nonprofits, similarly calling for regulators to maintain solar net metering. Without a legislative fix that keeps net metering intact, nearly 400 solar jobs and almost 50 solar businesses in Maine are at risk.

Bottom line is while the federal government seems to have backed the objectives and development of solar technology, there is still a lot to be figured out at the ground level. According to a new report from GTM Research, “Unlocking the Value of DER 2016: Technology Strategies, Opportunities and Markets,” despite distributed energy resources (DER) growth, few states are developing the policies, technology ecosystem and data infrastructure required to enable the location-based valuation systems that will underlie the development of distribution integrated resource planning and DER procurement processes for grid services.

The report describes the evolution of energy resource valuation as utilities and regulators move toward the development and adoption of locational valuation. In fact, a new GTM Squared study found that seven out of 10 regulators, utilities and solar industry providers expect customer-sited solar to be compensated based on locational factors in 2020.

“The development of an overarching, long-term algorithm for the value of distributed resources will be a foundational tool for utilities to compare procurement options and choose the optimal combination of low-cost, high-value grid upgrades that empower and leverage customer and utility investments to increase system stability, reliability, power quality and grid efficiency, as well as reduce carbon intensity,” said Ben Kellison, author of the report and GTM Research’s director of grid research.

A utility’s ability to plan, simulate, quantify and monetize the value created by DERs is a central challenge to the ongoing evolution of the electric utility industry. The success of this valuation effort will accelerate the deployment of DERs, while finally directing these resources to the optimal locations to provide value to asset owners as well as the network.