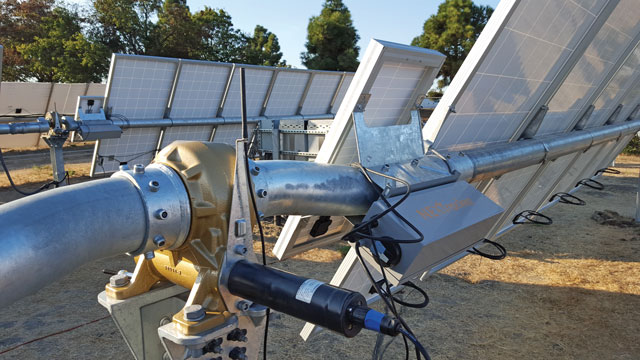 Solar power is starting to move into the mainstream, but this current success comes after decades of slow adoption and product evolution — an evolution with which the team at NEXTracker is intimately familiar.

NEXTracker might seem like one of the new kids that’s popped up on the solar block just as this mainstream move started to happen, having recently spun out unto itself from Solaria. But CEO Dan Shugar, Chief Commercial Officer Marco Garcia and COO Tyroan Hardy have decades of experience, having collectively overseen more than 5 GW of installations in that time. This group notably brought one of the early solar EPCs, PowerLight, to prominence, leading to a successful acquisition by SunPower in 2006. Shugar, in particular, along with the titles on his resume, has invented numerous PV system applications, holds multiple U.S. patents and has published more than 50 technical papers.

So, with all of that collective industry insight under one roof, during such a pivotal moment in solar’s history, where do they think it is all headed? What is the opportunity?

For NEXTracker, it starts with the company’s foundation — the single-axis tracker — which is ironic considering Shugar not that long ago thought he was done with trackers.

“I didn’t want to develop a tracker with Solaria because it is so hard to do,” Shugar says. Well, after a deep look at the state of affairs in tracking at that time, he became convinced there might be an opportunity to get back into the tracker business after all — by building what he believed to be a better mouse trap. To do it, long-standing pain points needed to be addressed. Each tracker had to be individually driven. There needed to be wireless communication. It needed to use less energy and ultimately power itself.

All of this and more was accomplished at record speed. The NEXTracker NX Horizon (formerly the Self-Powered Tracker), introduced in 2014, brings self-contained motor power to each row and has no external power wiring or UPS backup systems. The NX Horizon uses a clever, mechanically balanced row design that aligns the PV panels with the tracker’s axis of rotation. This alignment greatly reduces torsional load, requiring far less energy from the motor to track throughout the day and freeing each row to track independently. 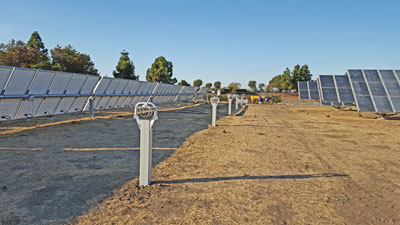 This area of NEXTracker’s Fremont, Calif., HQ will be filled with EPCs and installers in 2016 as part of PowerworX, the company’s new hands-on installation training program.

So, NEXTracker has that standout product that can improve the efficiency of a project, but that doesn’t necessarily answer the question posed earlier — what is the long-term opportunity? NEXTracker’s answer and its big focus going forward is just as much about what it wants to remove as what it wants to add.

Shugar points out that for the solar industry to get to $1 per watt and stay there, labor expenses need to be reduced. NEXTracker’s goal is to make this possible through a combination of smart, flexible solutions and on-the-ground expertise. The company is working to bundle additional products — panels, inverters, cabling, etc. — that simplify installation steps and on-going maintenance needs as well as provide a full suite of on-site services that optimize the system setup and performance.

“We’re intelligently streamlining every stage of project deployment, from design and procurement through installation,” Shugar says.