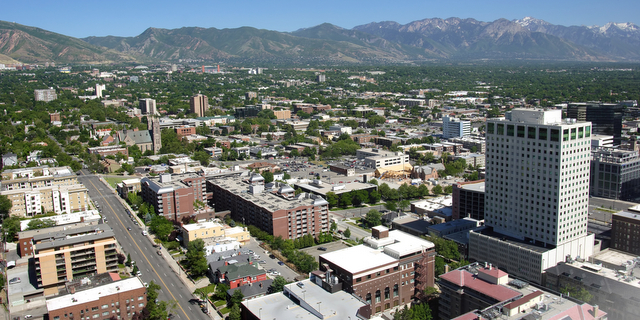 The Utah rooftop solar rate debate is reaching its peak, and thus creating uncertainty in the local market. Last November, Rocky Mountain Power proposed charging solar rooftop customers installation fees and nearly triple monthly customer charges and peak-time usage, which the solar industry and solar adopters objected to. The proposal will now be considered over the next two weeks by the Utah Public Service Commission in two hearings – one for public input and one to consider the proposal.

As the Spectrum reports, the same arguments are being put forth that are always put forth.
In a study supporting the measure, RMP researchers suggest the typical rooftop solar customer underpays their actual cost of service by about $400 per year, and with an estimated 20,000 rooftop solar customers it amounts to millions statewide that other customers must pay to make up the difference.

People with solar systems on their homes typically stay connected to the power grid, allowing them to purchase power from the utility as needed or to sell off any excess power generated back to the utility.

But RMP authors argue the utility pays full retail price for the solar-produced power, meaning that solar customers aren’t being charged equitably for capital investments or infrastructure like work crews and power lines. The buyback rate from rooftop is sometimes three times the rate the utility pays for solar from large-scale facilities.

And then the same counters are being countered by solar advocates.

Utah Clean Energy, a Salt Lake City-area think-tank, produced its own analysis of RMP’s numbers and concluded that the utility was undervaluing solar’s benefits, leaving out the fact that generation taking place on rooftops doesn’t need to be done elsewhere, lowering transmission costs and the demands for new generation facilities. The analysis concludes rooftop solar customers are actually saving the utility $1.3 million annually.

And just like its neighbor Nevada, solar adopters are preparing for the rug to be pulled out from under them.

Solar companies and their customers fear higher costs will slow the booming industry and community benefits, like cleaner air. Among them are the Searles, who scraped up the money last year to put 14 solar panels on their modest home in Rose Park.

Erin Searles says a rate hike now would undercut their investment.
“It’s kind of a punch in the gut, honestly,” she says. “You know, we did this for the right reasons. It’s, it’s completely unfair.”

This week we are in full preparation mode for the hearing, and will be announcing our witnesses with our pre-hearing brief. With the release of a public version of the brief on Wednesday, as well as the Petitioners’ public brief the same day, we expect to be making our substantive arguments with the media for why this particular case is a weak case that does not warrant an injury finding.

Members of the House and Senate will send separate letters to the ITC objecting to this case. We expect to have a nice showing of lawmakers taking a stand against Suniva and SolarWorld. Also on the lobbying front, we will continue outreach with select people in the Administration to ensure they are aware of our arguments and position.

The Suniva trade petition hearings draw near. You can prep yourself with all of our previous coverage here:

Suniva case watch: SEIA sends out four ways you can help this week

But we travel to Minnesota where Heliene Inc., a Canadian manufacturer that just opened a state-side manufacturing plant in a jobs-starved former mining region – or at least they hope to do so, still. Much will depend on the ITC ruling.

From the Star Tribune:

The Iron Range is no stranger to trade disputes. Usually it’s on the other side, trying to stop cheap foreign steel from glutting the market. The region is only just beginning to fight its way back from a recent market slump that idled half of its mines and threw thousands of people out of work.

“I’d much rather see our friends in Canada helping out” with a new business on the Range “than some of our foreign competitors who have flooded the market with solar in the past,” said state Rep. Jason Metsa, DFL-Virginia, who signed on to a letter to the ITC in July against the tariffs. “We’re excited for the opportunity to make solar manufacturing work up here on the Iron Range.”

The Iron Range Resources and Rehabilitation Board hopes to invest $10 million on new equipment for the plant, which eventually would employ 25 to 70 workers.

SEIA adds to board of directors

Solar Energy Industries Association (SEIA) has added three companies to its board of directors:

“The addition of these three great companies is another strong indication that the broader solar industry is stepping up to fight for this industry’s future,” said Abigail Ross Hopper, SEIA’s president and CEO. “At a time when the solar industry is both enjoying significant growth and facing a trade challenge, DEPCOM, McCarthy and Tradewind Energy are making an important contribution to the whole industry, and we are thrilled to have them on board.”

Tradewind is actively developing wind and solar sites in 22 states throughout the central and eastern regions of the U.S. The company was started in 2003 and has become one of the largest independent renewable energy developers in the country.

One of the oldest American-owned construction companies, McCarthy Building Companies has been helping this great nation grow project by project, delivering facilities that communities rely on and building up neighborhoods by helping those in need.