Microinverter market to reach $550 million by 2020

According to the latest research study released by Technavio, the global solar microinverters market is projected to reach $550 million by 2020. This research report titled ‘Global Solar Microinverters Market 2016-2020’, provides an in-depth analysis of market growth in terms of revenue and emerging market trends. This market research report also includes up to date analysis and forecasts for various application segments, including, residential, community, and utility. 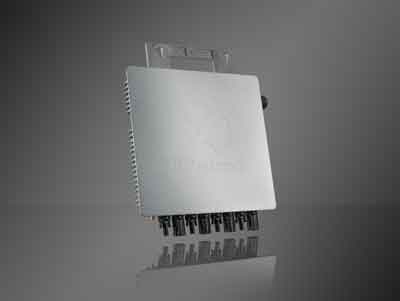 “Solar microinverters are easy to install and have simpler operations when compared to string inverters and central inverters. These microinverters work independently as they follow MTTP, which reduces complications and the need for technical expertise. Therefore, the cost of labor for system design is also relatively low. This, in turn, reduces overhead costs significantly,” said Vishu Rai, one of Technavio’s lead analysts for power research.

“Solar microinverters can also be customized depending on the site and other requirements, and this makes for increased flexibility when compared to conventional inverters. In addition, these inverters have the provision for expansion of the panels, unlike string inverters,” added Vishu.

Global solar microinverter market by application 2015, according to Technavio research:

The residential segment generated revenue of USD 126.5 million in 2015. The residential segment is projected to grow significantly during the forecast period. The ease of installation of solar microinverters in residential areas significantly reduces the dependency on high-voltage power lines. They are more suitable for roofs that have partial shading. These inverters are immensely helpful in improving the performance of solar panels. However, the high cost of installation is a key concern for this market. Therefore, governments in several countries such as the US, China, and Germany have started to offer tax benefits such as production tax credit and feed in tariff (FIT) to encourage the use of solar products in residential areas.

The commercial segment generated a revenue of $32.9 million in 2015. The use of solar microinverters in the commercial segment is projected to grow steadily during the forecast period. This segment includes solar PV panels used in commercial properties such as hotels, hospitals, and shopping malls. They are medium to large in size and usually roof mounted.

Companies such as Enphase Energy, APsystems, CyboEnergy, and HiQ Solar are focusing on offering microinverters to the commercial segment.

It is estimated that approximately five million commercial buildings in the US can be fitted with solar panels and solar microinverters. With such untapped potential, the demand for solar microinverters from this segment is expected to rise significantly in the future.

The utility segment generated a revenue of $15.5 million in 2015. Solar microinverters are increasingly being used in the utility segment owing to the digitally controlled design. Microinverters are integrated devices that convert the DC output of a single module into an AC power that is grid compliant. The converted AC power travels upstream through a branch circuit, and then to a service panel to report back in real-time about the individual performance of each solar microinverter. This makes the system efficient.