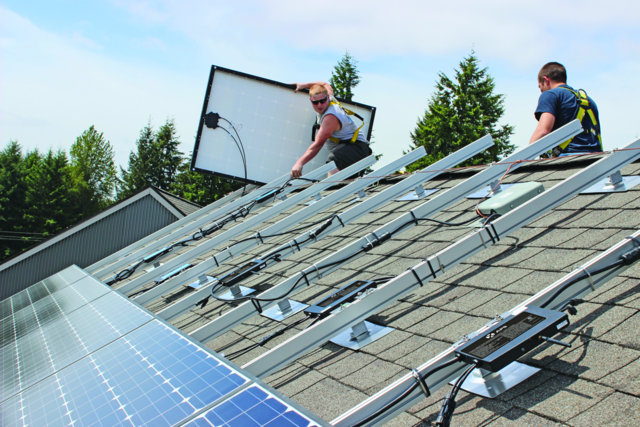 Residential applications currently account for approximately 80 percent of microinverter use, but the commercial segment is poised for growth. Photo courtesy of APsystems.

Don’t let the term microinverter fool you. Sure, they are scaled-down versions of conventional inverters and are usually connected to individual modules rather than a string, but the microinverters of today are capable of adding extra value for the right installation.

Value in terms of price can be tricky. The initial per watt cost of a microinverter is higher, and needing so many of them compared to a string inverter might be impractical for certain jobs. A rule of thumb is typically anything above 3 kW favors the economics of string inverters.

But value is a nuanced concept. With a single microinverter rated to handle the output of a single panel, some extra design issues and components, like the need for a larger transformer, can be eliminated. Plus, the single-panel-to-microinverter relationship helps to isolate and accommodate fluctuations in power output. What if it is a complex roof with three orientations and multiple obstacles or random shading issues? An extra upfront expense could deliver more lifetime value and better performance for the life of the project. Also, a string inverter, rated to a specific output, can limit the potential to add more panels to the array down the road.

This value story has resonated most with installers who are newer to solar or whose core business is outside of solar (electrical, plumbing, roofing and satellite) and have a preference for working on the AC-side of the system. Often, microinverters can be installed using the same, less skilled labor pool, which can hold real economic value.

Obviously there are microinverter-specific pain points as well. And while some of them are just inherent tradeoffs, microinverter manufacturers have made strides the last few years to address several of these issues as well as tie in additional value for the installation.

For a closer look at some top microinverters in the market, check out these spotlights 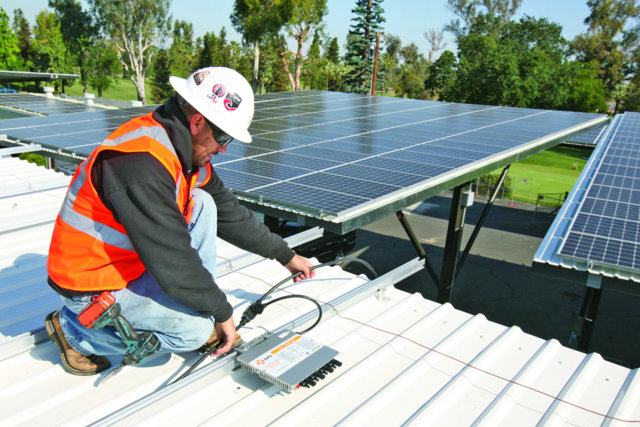 Some newer microinverters are able to handle more than a single panel, like this YC1000 from APS, which handles four modules per inverter.

A microinverter issue typically cited is unreliable communication. This can happen while running communication through a powerline into a home because of all the other communication from other systems and appliances being sent through the same line. Brad Dore, director of marketing with SMA America, says a trend happening now is to use a dedicated line to avoid these potential interference issues.

“Installers generally lose money when they run a truck for replacement or troubleshooting … [the dedicated line] is a little more labor intensive to install, but there are reliability gains long term,” Dore says.

Since a microinverter is sitting right where the action is, under the panel, on the roof, where temperatures can rise to 140 degrees or more, there is often more of a need for technical help on site.

“When you think about O&M risk associated with microinverters, remember there are 20 to 30 of those on a roof,” Dore says. “You don’t want to have to roll out multiple times to replace damaged microinverters.”

An answer from microinverter manufacturers has been to reduce the part count and the number of soldering joints within the inverter itself, which makes for a more reliable, hard product. For example, SMA now has a UL-certified product for integrated ground, which uses the body of the inverter as the ground. This means no longer needing to run a separate copper wire. SMA has also started to daisy chain the microinverter system so that any damaged cables can be more easily swapped out.

Any slight simplification in design that also shaves time off the installation process — even just a minute or two — has serious implications when multiplied by 20 to 30 microinverters. 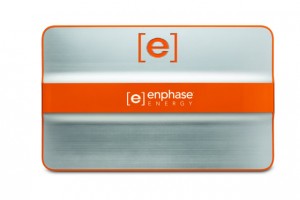 The Enphase AC Battery is one example of the new bundled products now coming to market.

“These products will increase in wattage, voltage ranges, efficiency and utility connection capabilities in the coming year,” he says. “Advancements like this will allow more 72-cell modules to be utilized in microinverter applications where they could not previously. This is big for installers and end-users who have wanted to take advantage of the benefits of microinverters, but were previously limited.”

Storage-related products are also coming over the horizon very soon and will offer new value and applications for solar customers.

“We have seen an increased interest in storage, as several companies make their way into this new market space,” says Teff Reed, senior director of product management – residential with Enphase Energy. “We are seeing consumers who want to store the excess energy produced by their solar system during the day and save it for future use.”

Certainly storage systems will use string inverters as well, but Reed says microinverters are particularly well suited because they allow the sizing of battery packs for better safety and a longer lifetime without costly environmental controls. From a product standpoint, this allows for modular and easily installable energy storage units that enable homeowners to make a small investment and grow their system as their needs change.

To that end, Enphase came out with the AC Battery, which is a fully contained unit that has the battery module, power electronics, battery management functions and communications built in. The microinverter is contained within the battery module, essentially creating a battery unit that accepts and outputs AC that does not need to be routed through a central inverter.