Startup Forward Labs says it has a solar roof to compete with (beat?) Tesla’s 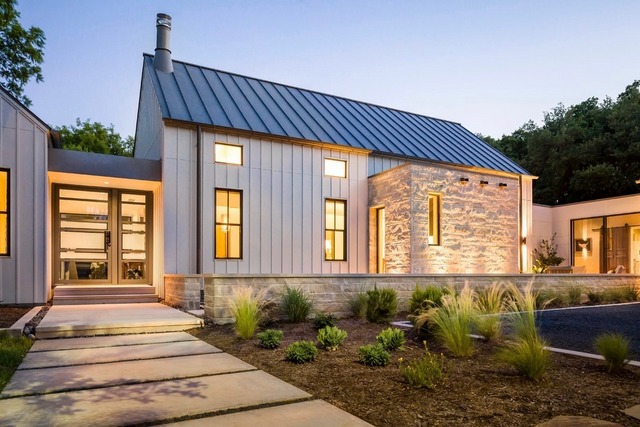 Forward Labs, a Palo Alto-based start-up, has begun taking pre-orders for the company’s new solar roofing system in the San Francisco Bay Area that immediately stands out for its differentiation from Tesla’s solar roof product details.

For example, while the current color scheme of other solar roofs is black, the Forward standing-seam-style solar roof comes in eight colors, thanks to a novel optical technique incorporated in the system. Additionally, the chromatic panels cost on average 33 percent less than other current offerings while producing the same amount of energy.

“Our goal in bringing our solar roof to market was threefold,” said Zach Taylor, CEO and Product Architect of Forward Labs. “We aimed to develop an integrated solar roof system that looks great, optimizes energy output, and accelerates the return on investment. Other solar roofs simply do not offer the same return that homeowners expect for their money.”

“The way we achieved such fantastic cost savings was fairly simple,” he added. “We use more affordable materials than our competitors and employ standard manufacturing processes. The roof’s installation process is simple and quick—we can install our system in half the time that other companies can. The benefit to homeowners is a return on their investment that cuts the usual solar payback time in half.” 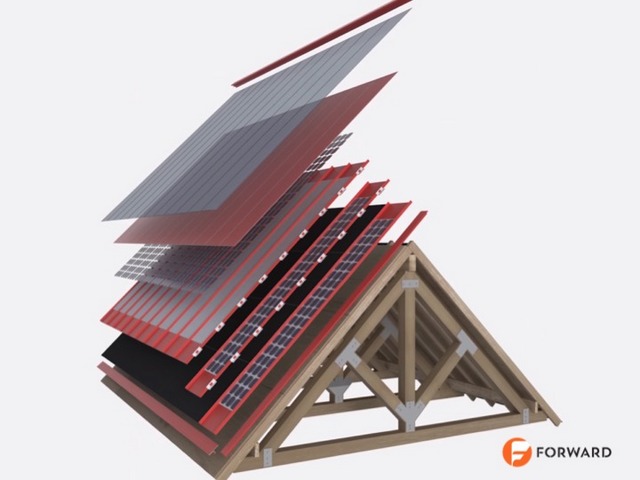 Forward’s combination of high-efficiency power generation and aesthetically pleasing design is achieved through a proprietary five-layer construction. A robust glass panel sits atop a unique optical layer, which cloaks the underlying black monocrystalline solar cells and enables the wide variety of color choices. These top layers are embedded over a galvanized metal form-factor that appears nearly identical to the non-solar portions of the roof. The result is a roof that has a consistent and beautiful appearance at a great price point.

“The colors of solar roofing products have always been muted or limited in choice for the sake of energy production,” said Reid Anthony, former CEO and president of precision optics company Kowa American. “Forward’s embedded optics have overcome these challenges, giving homeowners the freedom to have a solar roof in some of the most desired colors, without increasing the cost or sacrificing energy production. It’s a game-changer for both consumers and the solar industry.”

In addition to boasting the highest energy density in the solar roofing segment, Forward’s roof-integrated design eliminates the need for traditional solar panel racking, further reducing the overall cost. The solar roof not only weighs the same as a composite shingle roof, its sleek design also vents cool air under the solar cell layer, keeping operating temperatures down while maximizing cell efficiency.

“Although most of the technology has been developed in-house, we’re proud to have developed Forward’s panels with high quality materials from LG, Valspar and other Fortune 500 companies,” said Taylor. “This will enable Forward to quickly establish a strong network of key supply chain partners.” 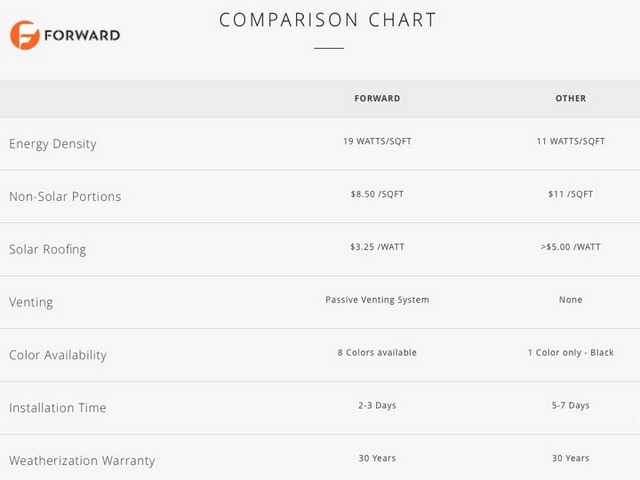 Taylor’s professional background spans both engineering and the roofing industry. After college, he spent nearly a decade mastering operations and management in the construction industry. Using this industry experience, Forward plans to train its own solar roofing technicians to ensure quality installations on all projects. As the company expands, its products may be offered to third-party installers who have completed a certified training program.

“We’re very excited to kick off pre-orders in the San Francisco Bay Area,” Taylor said. “With the interest we’ve already garnered, we’re looking to broaden our distribution to other regions in the near-future. We already have multiple beta sites in operation throughout New York and should have the first-run production roofs beginning to be installed in 2018.”