... Tesla's Solar Roof is ready to purchase; Here's how much it costs | Solar Builder

Tesla’s Solar Roof is ready to purchase; Here’s how much it costs 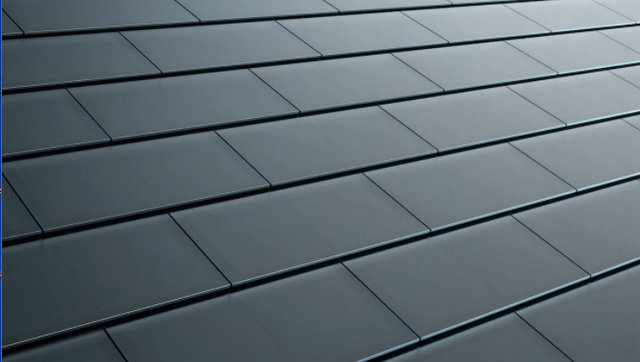 The guessing game and cryptic tweets are over. Amid the latest dark clouds from Q1, Tesla’s persistent optimism continues with the official launch of its solar industry-changing (maybe?) solar roof product.

So, does it live up to the hype? I suppose we can’t really know until these make it out in the market for an extended period, but Tesla’s price point and cost-saving projections are certainly intriguing.

So, what is it again?

Tesla isn’t looking to compete as much with conventional PV systems as it is with the roofing industry because this product is meant to be a literal replacement for the entire roof.

It does this by using two types of tiles—solar and non-solar. Looking at the roof from street level, the tiles look the same. Customers can select how many solar tiles they need based on their home’s electricity consumption. For example, households that charge an electric vehicle every day may want more solar tiles on their roof.

“In doing our own research on the roofing industry, it became clear that roofing costs vary widely, and that buying a roof is often a worse experience than buying a car through a dealership,” The company stated in its blog explaining the product. “Initial contracts tend to be overly optimistic, and later customers face hidden costs that were never mentioned up front.”

Speaking on a briefing call with reporters, Musk said a solar roof covering 40 percent of the average-sized American home would generate 10 percent to 20 percent more electricity than a standard solar system.

How do costs compare?

Consumer Reports estimates that a Solar Roof for an average size U.S. home would need to cost less than $24.50 per square foot to be cost competitive with a regular roof. Tesla says the cost of Solar Roof is less. Check out this chart.

The typical homeowner can expect to pay $21.85 per square foot for Solar Roof according to Tesla’s research, derived using similar methodology, roof size, and energy costs described in Consumer Reports’ research. This price does not reflect any solar incentives. The price was calculated for a roof where 35 percent of the tiles are solar (solar tiles cost more per square foot than non-solar tiles), in order to generate $53,500 worth of electricity, which according to Consumer Reports would make a solar roof more affordable than an asphalt shingle roof.

Feel free to play around with some scenarios using the company’s Solar Roof Calculator.

“Although the cost of our solar tiles is more expensive up front, it can be more than offset by the value of energy the tiles produce,” the company stated. “In many cases, the reduction in a home’s electricity bill over time will be greater than the cost of the roof.”

OK, but will it survive? 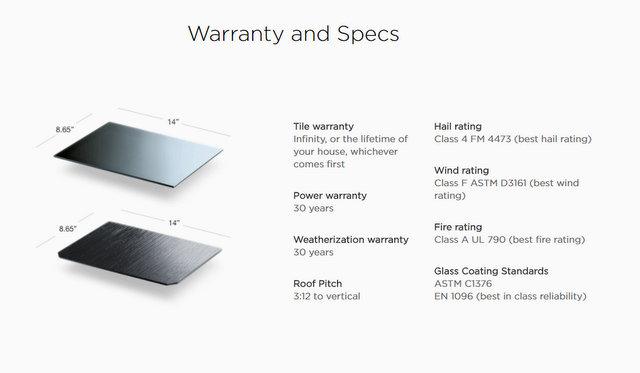 The Solar Roof will be available in a variety of designs, including Smooth and Textured (available this year) and Tuscan and Slate (available early 2018). This sounds like crazy talk, but Tesla says Solar Roof tiles are more than three times stronger than standard roofing tiles, yet half the weight. Because they are made with tempered glass, they do not degrade over time like asphalt or concrete.

And, the kicker: the warranty is infinite.

The first installations of the Solar Roof will begin this summer.