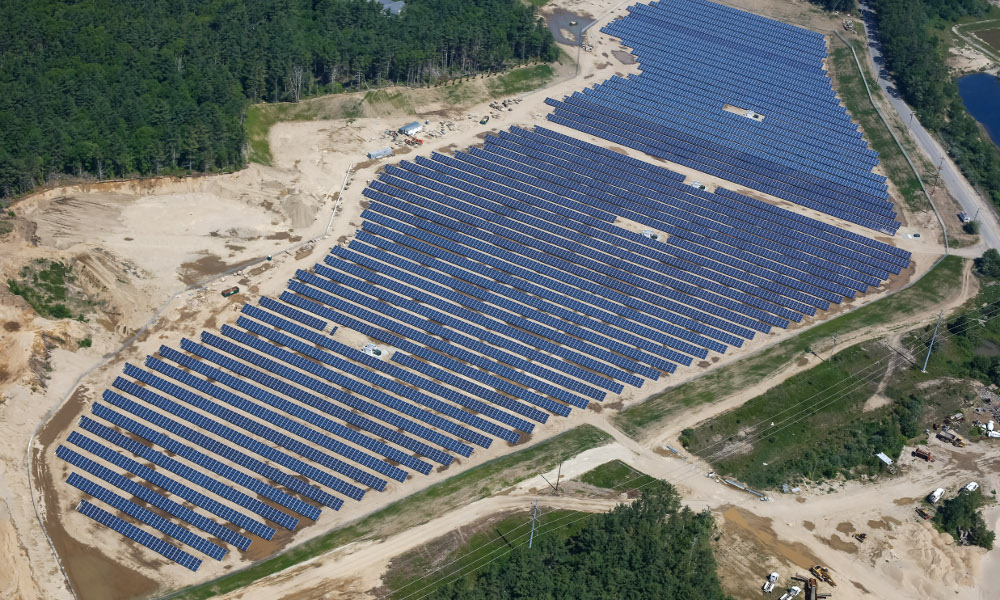 Originally, the project plan consisted of eight to 10 smaller solar arrays across Plymouth Public Schools’ facilities, but old roof structures and harsh winters prevented rooftop installation. Instead, the plan shifted toward creating a large farm on private land, which required Borrego Solar to identify a private landowner within the same utility load zone to arrange a site lease agreement.

The array covers 23 acres of land (equal to about 18 football fields) and will produce approximately 7.2 million kWh per year for the school district that serves 13 schools and approximately 7,900 enrolled students. Plymouth Public Schools will save around $400,000 annually, offsetting approximately 80% of the district’s energy needs. The system was financed by Borrego Solar through a PPA that covered all financing costs, allowing the district to bypass the $11 million upfront cost. Solar is also being incorporated into curriculum plans, including field trips to the installation and use of energy production data being streamed to monitoring kiosks on campuses and online. 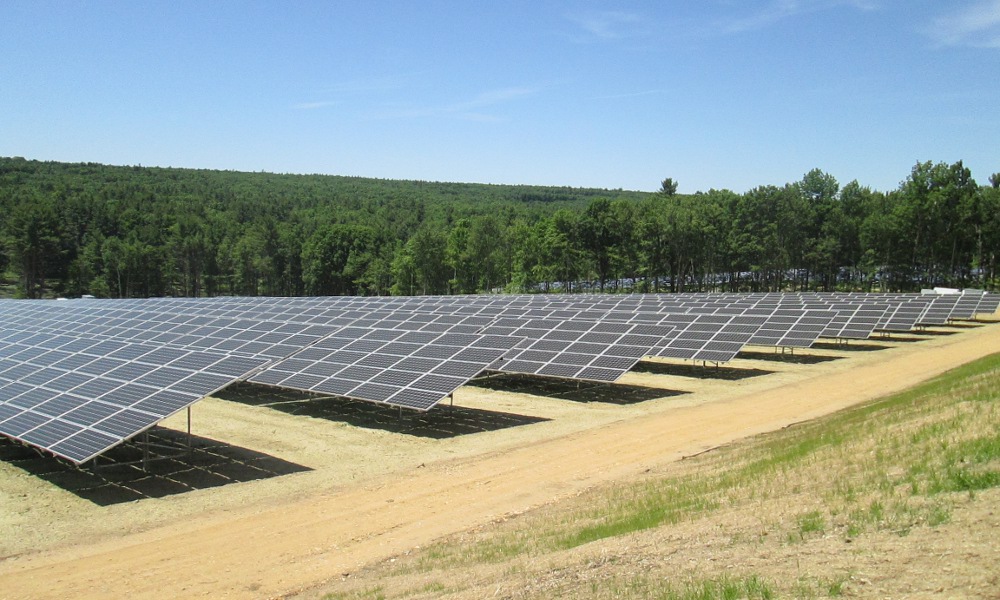 The 6-MW project at the Treasure Valley Scout Reservation was installed during the most difficult New England winter in more than a decade, with 29 days of single-digit temperatures and 85 in. of snow during the winter of 2013/2014. The Nexamp team saw the harsh storms and intensified freeze-thaw cycles magnify the erosion of the rocky, aggressively sloped terrain. Switching from a pile-driven foundation to a screw foundation helped expedite the process by avoiding any delays from unforeseen subsurface obstructions.

The project came about with a strong volunteer effort, with assistance from Boy Scouts of America and the Massachusetts Clean Energy Center. Not only did this volunteer group overcome a sustainability awareness problem, it was able to bring an improved science curriculum to elementary schools in Mohegan Council’s territory through STEM objectives. Part of the income from hosting the project will go toward funding in STEM certificate professional development classes for 27 fifth grade teachers at local public schools.