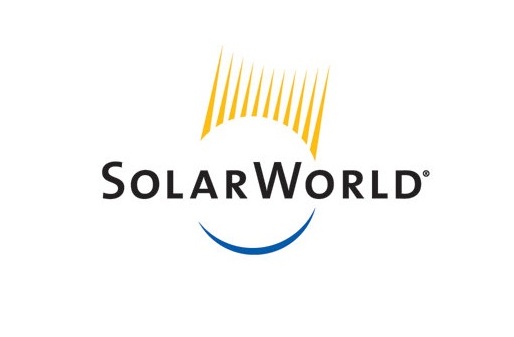 SolarWorld is one of the country’s largest crystalline-silicon solar manufacturers, and it has concerns about the influence of China’s trade strategy in the solar sector, the glut it is created and the quality of the products forming that glut.

Here is the complete release sent out by SolarWorld:

China’s trade aggression in the solar sector is a textbook example of how the country — employing an arsenal of price dumping, massive subsidization, cyber-espionage and closed markets — has used unfair trade as a battering ram to try to wipe out a U.S. industry and its employment.

In recent weeks, yet more companies have been forced to lay off U.S. employees in reaction to Chinese prices that are below costs of production, according to the company. SolarWorld, the largest U.S.  for more than 40 years, requests that the issue of the unfolding aggression become part of consultations between China and the United States on the occasion of President Xi’s U.S. visit beginning on April 6.

The ongoing bankruptcies and layoffs of Western companies in the wake of China’s campaign are well-documented by recent headlines, SolarWorld said. China’s state-financed overcapacities exceed domestic demand by three times and would be enough to supply the global market for solar products some 1.3 times. Agencies of the U.S. and European governments have issued numerous trade rulings and findings against China in SolarWorld trade cases. While import duties remain important, SolarWorld said, China has built up excess, subsidized, third-country production capacities to continue to press its domination while circumventing the duties.

As recently as Dec. 29, the U.S. Department of Commerce found that China was supplying its companies with cut-rate supplies of money, building materials for solar panels, electricity and land, and numerous tax breaks, according to SolarWorld. As well, the U.S. government in 2014 brought criminal indictments against the Chinese military for allegedly using cyber-espionage to steal valuable files from SolarWorld. Though China enjoys access to every corner of the U.S. solar market, including military bases and housing, China bars converse access to its own market, SolarWorld said.

“China’s continued violation of international trade laws must be addressed,” said Juergen Stein, U.S. president of SolarWorld. “We have used all legal means available to us since 2011 to right these wrongs. For the sake of the solar industry in the West, it is now time for stiffer, more concerted action.”

“The U.S. and European markets are the industry’s seats of innovation,” Stein said. “To see them undermined as a matter of policy of a foreign, nonmarket government is unacceptable. It’s too late for thousands of jobs that have been lost. But it’s not too late for this industry to return to creating breakthroughs and jobs.”