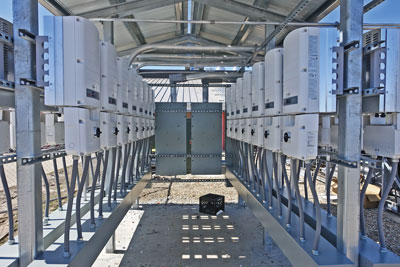 DC power optimizers and microinverters are often mistaken for being the same technology since they both offer increased power generation, module-level monitoring, more flexible design and enhanced safety compared to traditional string inverters. While both of these technologies are types of distributed PV system architecture that overcome the shortcomings of traditional inverters by placing hardware at the module level, their approach to the distribution of the PV components is very different.

Therefore, it generally has significantly higher upfront costs relative to traditional inverter topology. This means that microinverter systems can lack scalability for large residential systems and typically are not economically viable for larger commercial and utility installations. In addition, many microinverters can face grid code compliance challenges. 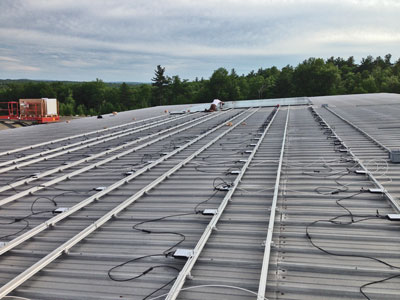 Power optimizers were introduced in 2006 and unlike microinverters, power optimizers keep the DC/AC inversion at the inverter-level and only distribute the MPPT functionality to the module level. This allows power optimizers to provide module-level tracking and real-time adjustments of current and voltage to the optimal working point of each individual module.

The inverter, which remains at the string level, is now only responsible for DC-AC inversion and grid connection. By not duplicating the inverter function to the module level, power optimizers are known for their reliability, scalablility and lower cost per watt.

While power optimizers and microinverters are both distributed PV system architecture technology, their method to achieve the distribution is very different. These differences account for important advantages and disadvantages to PV systems. In the past few years, as providers enhance their performance capabilities and cost structures for residential, commercial roof-top and ground-mount PV fields, power optimizers have shown significant market growth.