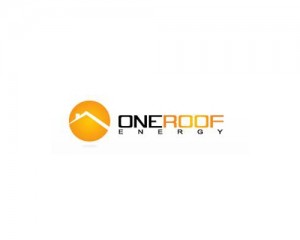 This recent investment recognizes the success of OneRoof Energy’s SolarSelect Finance program, which provides homeowners with flexible financing options that remove the significant upfront capital investment required to purchase solar electric systems. With the SolarSelect financing program, homeowners can pay little to nothing down while immediately saving an average of 5 percent to 25 percent on their electricity bill. Third-party financing in the residential solar industry is less than a decade old, but it has quickly become one of the most popular methods for homeowners to realize the benefits of solar electricity. According to data provided by the California Solar Initiative (CSI), more than 70 percent of all California solar installations last year were the direct result of third-party financing.

“OneRoof Energy’s leadership in the solar financing space led to tremendous growth over the past year,” explained Simon Lee, CEO at Hanwha International LLC. “Hanwha’s benchmark investment in 2011, combined with additional investments since that time, demonstrates our full confidence in the significant growth potential of OneRoof Energy’s business model. OneRoof Energy is on course to become one of the nation’s premier solar finance companies.”

“Hanwha is a global business leader with demonstrated expertise in the solar space; its investment further validates and supports the direction of our company,” stated David Field, CEO and president at OneRoof Energy. “Since the closing of our first fund in September 2011, OneRoof Energy has signed solar agreements totaling over $100 million. This year we are projecting sales of more than $300 million of solar electric financing. I strongly believe that OneRoof Energy is currently one of the fastest-growing companies in the region and Hanwha’s investment will provide us with the necessary working capital to quickly become one of the strongest solar finance companies in the industry.”

Since its launch in 2011, OneRoof Energy has continued its aggressive growth through its channel development and expanded services, and has added alliances with more than 100 installers in three states. The company projects it will supply solar to more than 10,000 homes in 2013. Last year, OneRoof Energy expanded staffing by more than 400 percent and created nearly 100 direct green jobs in the local community. The company offers a vertically integrated, scalable and cost-effective platform for the sale, distribution and financing of residential solar electric systems in the United States.