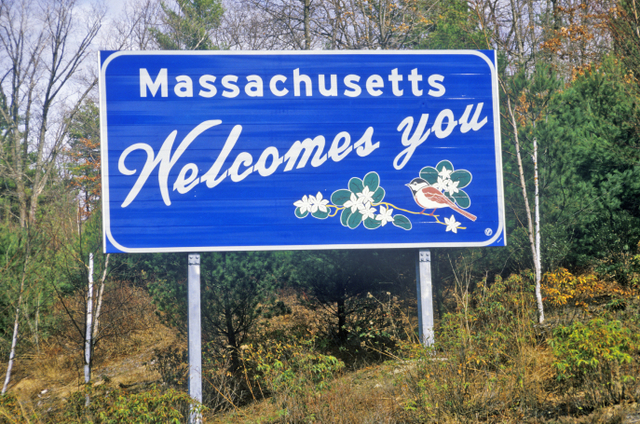 Nonprofit Vote Solar is challenging the controversial decision of the Massachusetts Department of Public Utilities’ (DPU) to raise rates and create uncertainty for future solar customers in the Eversource utility territory. The Jan. 5 order by the DPU will force residential solar customers to pay additional charges that could range anywhere from $4,400 to $9,400 over the life of the solar system, depending on the customer. Vote Solar, along with the rest of the solar industry do not think the outcome in this decision making process was justified by evidence in the rate case. It also feels out of step with the state’s commitment to solar energy the incentives that have been put in place over the years to encourage more installations (which have worked).

“The Commission’s decision to effectively hike rates for future solar customers is wildly out of step with Massachusetts’s commitment to clean energy and climate leadership and the DPU’s own record of ensuring that solar customers are fairly compensated for the valuable local power they generate,” said Nathan Phelps, Program Manager for Vote Solar and expert witness in the case. “We are committed to reversing this decision and ensuring that the Commonwealth can continue building its clean energy economy, creating jobs, and fighting climate change.”

Under the Eversource proposal approved by the Commission, solar customers in the state’s largest utility service area will be forced onto demand charges, a rate structure that is virtually unheard of for residential customers. These notoriously unpredictable charges are determined by a customer’s highest electricity usage over an entire monthly billing period, even if that peak is just for a few minutes. This means that an unlucky coincidence of events – an air conditioner automatically cycling at the same time that bread is in the toaster – can result in an unexpected bill increase for customers. In 2017, Vote Solar and five other leading regulatory experts released a report, titled “Charge without a Cause,” demonstrating that demand charges are both unfair to customers and are an ineffective mechanism for utility cost recovery.

The new Monthly Minimum Reliability Contribution (MMRC) charge approved in the order will apply to new net metering customers as of Dec. 31, 2018. It includes a higher customer charge and imposes demand charges on all net metering customers, including residential. This makes Massachusetts the first state commission to approve mandatory demand charges for residential customers.

Additionally, and in contrast with states around the country that have offered customers “time-of-use” rates that signal to customers when it costs more to use electricity, the order eliminates optional residential time-of-use rates. It also closes a time-of-use rate available to commercial and industrial customers as of Feb. 1, 2018, which is less than a month’s notice.

The Commission’s decision will set back Governor Charlie Baker’s commitment to lead on climate change in the absence of federal leadership. It also compromises the state’s clean energy economy, which today employs more than 100,000 people and has driven $11.4 billion in investments in the sector.

“This decision departs from the Department’s own precedent, is not supported by the evidence in the record before the Commission, and is counterproductive to the state’s own energy policies. We will ask the Supreme Judicial Court to get right what the Commission got wrong,” said Earthjustice attorney Hannah Chang.

Vote Solar’s petition of appeal will be filed in the Massachusetts Supreme Judicial Court by early February.

“This order is a huge step backwards for a state that was one of the early national leaders in grid modernization and solar policy. It will discourage customer adoption of clean energy across the Commonwealth, further slowing clean energy job growth and investment and threatening to undermine the Baker-Polito Administration’s goal to achieve another 1,600 megawatts (MW) of solar,” said Janet Gail Besser, Executive Vice President of the Northeast Clean Energy Council. “Mandating a demand charge for residential customers at this scale is unprecedented. These changes are particularly concerning because Eversource lacks the “smart” metering needed to inform customers about their peak demand and energy usage.”

“This approval from the DPU is precedent-setting in all the wrong ways,” said Sean Gallagher, SEIA’s vice president of state affairs. “With a sweep of a pen, DPU has made it harder for customers to be properly informed on how to manage their electricity use. This is a step in the wrong direction for solar in the Commonwealth and will undoubtedly make it tough for Massachusetts to reach its goal of installing another 1,600 MW of solar.”

NECEC and SEIA were pleased with the DPU’s decision not to consolidate commercial and industrial (“C&I”) rates at this time, which would have significantly harmed municipal and other solar projects already in operation or development, as well as the decision to address extra charges related to interconnection upgrades in a new proceeding in 2018.