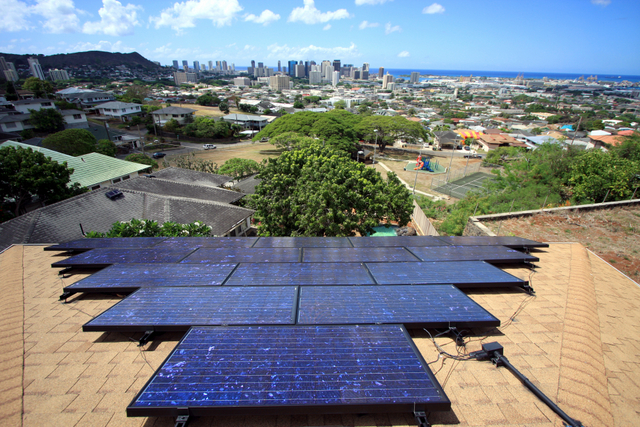 NextEra’s proposal to buy Hawaiian Electric for $4.3 billion was announced in early December and will require various approvals, including by the PUC. The merger application to the PUC has not yet been filed.

“Our purpose is to make sure the horse is in front of the cart,” said Jeff Mikulina, Executive Director of Blue Planet Foundation. “As clean energy stakeholders, we share the joint interest in making sure we complete planning for Hawaii’s energy future now. We don’t want to put the discussions on the back-burner and then have to start over after the merger proceeding is finished.”

“Hawai‘i customers deserve an energy roadmap to ensure we’re acting in the best interest of the public, like having access to cheaper and cleaner power, before engaging in a long and complicated merger process,” said Leslie Cole-Brooks, Executive Director of the Hawaii Solar Association.

Over the past several years, the Commission has demanded that Hawaiian Electric focus on establishing a roadmap for a sustainable, customer-focused electric grid that serves the best interests of the state and people of Hawaii. As the petition explains, the Commission’s numerous orders, together with enactments by the state legislature, have identified specific issues and mandated specific next steps necessary to articulate “the vision, business strategies, and regulatory policy changes required to align the [Hawaiian Electric]’s business model with customers’ interests and the state’s public policy goals.”

In August 2014, Hawaiian Electric filed proposed plans in response to the Commission’s orders. But after the Commission invited early public comments on the proposals, a flood of opposition and criticism poured in from all quarters, including the Hawaii State Energy Office, clean energy and environmental groups, and the general public.

“Finishing the work we started to plan Hawaii’s energy future is simply common sense,” said Isaac Moriwake, an attorney with Earthjustice representing Sierra Club. “It puts the interests of ratepayers and the public first, rather than letting a private deal drive the process. The legal standard for reviewing a proposed merger is ‘what’s in the public interest,’ and we need to finish the work to define where we’re going before deciding who’ll take us there.”

So far, NextEra has indicated it supports Hawaiian Electric’s proposed plans and has yet to reveal its full intentions in Hawaii. NextEra’s utility business Florida Power & Light, however, heavily relies on liquefied natural gas and is notorious for blocking rooftop solar and also recently gutting its energy efficiency standards.

Hawaii, in contrast, is a national leader in solar energy, especially customer-based rooftop solar. In just several years, the market has expanded to where currently one in nine Hawaiian Electric customers has rooftop solar.

The petition and coalition do not take a position on the merits of the proposed merger. “Our sole focus is to finish laying the foundation for clean energy transformation — a process that is already underway at the Commission,” said Mikulina. “We believe completing the years of planning effort is in the best interests of the people of Hawaii.”

“We believe Hawaiian Electric and NextEra should welcome this effort,” said Robert Harris, spokesperson for The Alliance for Solar Choice. “Their shareholders should welcome the clarity about what is expected of their companies to operate in Hawaii in the years to come.”