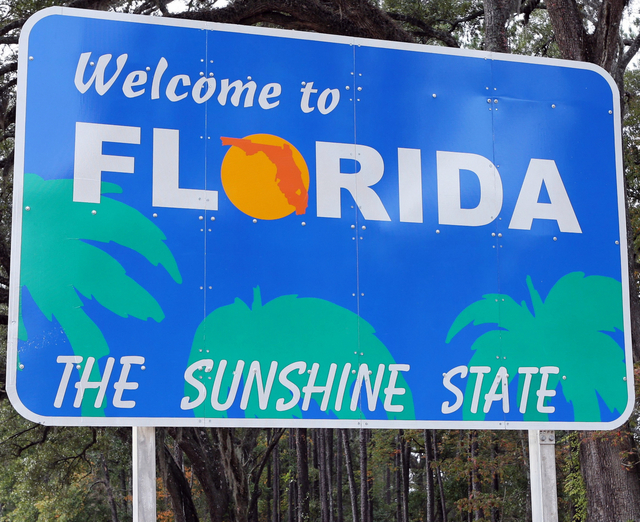 Florida Governor Rick Scott signed Senate Bill 90 (SB 90), “Renewable Energy Source Devices,” into law, which extends a property tax exemption for renewable energy installations, including solar, wind, and geothermal, on both commercial and residential properties. The legislation implements the Amendment 4 ballot initiative passed by Florida voters in the statewide primary last August, with 73 percent voting for approval, well above the 60 percent needed to adopt an amendment of the state constitution. Gov. Scott’s signature follows unanimous approval of SB 90 in both chambers of the Florida legislature. The legislation goes into effect July 1, 2017.

Florida’s solar market grew by more than 200% in 2016 while solar jobs surged 25 percent, according to according to GTM Research and the SEIA’s U.S. Solar Market Insight Report. The state is the 12th largest solar market and has the fifth most solar jobs in the country.

Among renewable energy groups, there was much rejoicing:

“We thank Governor Scott for signing this bill to carry out the desire of Florida voters to see more renewable energy in the Sunshine State,” said Maria Robinson, associate director of energy policy and analysis for Advanced Energy Economy (AEE). “By signing the bill to implement Amendment 4, the Governor has removed a critical barrier to growth, allowing for more residential and commercial customers to choose advanced energy options like solar power, and spurring growth of advanced energy companies and jobs in Florida.”

“This legislation will help Florida take its rightful place as a solar star. The state’s market doubled last year and we expect this new law will help Florida become one of the top five solar states in short order,” says Abigail Ross Hopper, SEIA’s president and CEO. “We are particularly enthusiastic about the strong consumer protections in the legislation that provide transparency to customers and clear rules of the road for solar installers. We thank Governor Scott, Senator Brandes and Majority Leader Rodrigues for their leadership on solar and support for our industry’s growth.”

“Florida has tremendous solar resources and this legislation will only enhance investment across the state,” said Colin Meehan, Director of Regulatory and Public Affairs at First Solar, a leading global provider of advanced PV solar systems. “Utility-scale solar is increasingly competitive and this legislation will help us continue to do business in Florida bringing reliable, affordable, clean energy to Floridians.”

Although the House and Senate versions of the implementing legislation were very different at the start of session, each side was able to iron out their differences in order to finalize the legislation that was signed by the Governor. The House passed an amended version of SB 90, 119-0, on May 3. On May 4, the Senate concurred with the amended version and passed the legislation 33-0.

The Amendment 4 ballot initiative was offered in the 2016 legislative session by Sen. Jeff Brandes (R-St. Petersburg), along with Representatives Ray Rodrigues (R-Fort Myers) and Lori Berman (D-Boynton Beach). It was passed by the Florida legislature in March of that year.