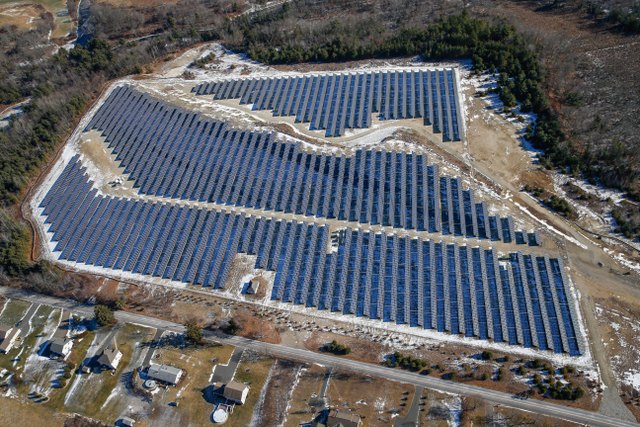 The Palmer Airfield project is unique in that it is both the first and, at 6 MW, the largest Department of Energy Resources (DOER) qualified brownfield project under the Massachusetts SREC II solar energy incentive program. The DOER’s predecessor program, SREC I, was successful in encouraging solar development in Massachusetts through 2013, however much of it occurred on greenfields. The DOER, with key stakeholders’ input, pointed out that the program should incentivize more development of solar on landfills and brownfields. Thus the SREC II program was designed to promote the positive re-use of sites cleaned up under Massachusetts Department of Environmental Protection supervision.

The Palmer Airfield project, which was cleaned up after 75 years of airfield operations dating back to the 1920s, is a perfect example of what SREC II was designed to achieve as far as siting large-scale solar at appropriate locations around the Commonwealth.

There are multiple entities directly benefitting from this project. The Town of Palmer, a designated Green Community, will be receiving real and personal property tax revenue of approximately $2 million over the 20 year project term. Three public entities – the Town of Leicester, the Town of Spencer, and Worcester State University, will together purchase all of the net metering credits from the energy generated by the project, which will result in millions of dollars in energy savings for these entities over the 20 year terms of the energy agreements. Finally, the land owner, JenJill LLC of Wilbraham, Mass., which purchased the site and paid for its cleanup, will benefit from the long-term ground lease. 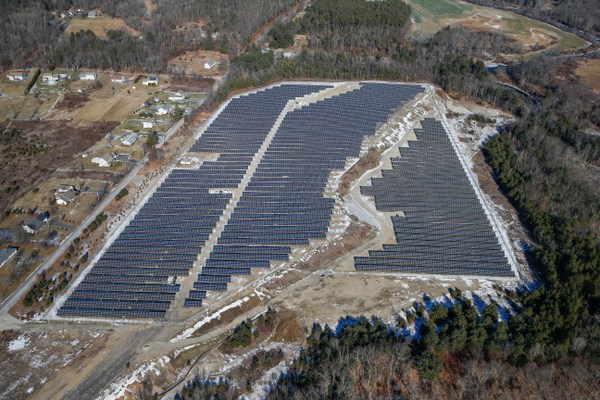 Syncarpha Capital, a rapidly growing developer, owner, operator and financier of utility-scale solar facilities, will finance, own, and operate the Palmer Airfield facility.

“The Palmer Airfield Solar Project provides an excellent example of the multiple benefits created by the fostering of renewable energy by the Commonwealth of Massachusetts and its implementation,” said Cliff Chapman, managing partner at Syncarpha Capital. “Not only will multiple public sector entities benefit financially and directly from this project, but, in addition, underutilized remediated brownfield land will now be used to provide positive environmental impact. Syncarpha and our development team partners are proud to a part of this endeavor.”

Borrego Solar—a developer, designer, installer and O&M provider of grid-tied solar energy systems—built the array and negotiated and finalized off-taker agreements with the Town of Leicester and the Town of Spencer.