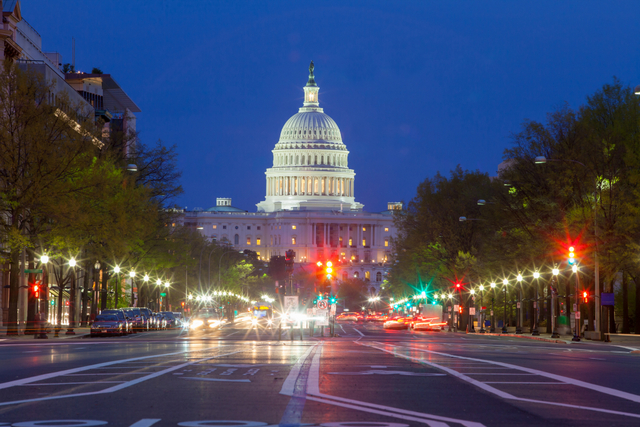 A bipartisan group of 16 senators and 53 members of the House of Representatives sent open letters to U.S. International Trade Commission (ITC) Chairman Rhonda Schmidtlein urging the ITC to reject a petition that would slap tariffs on imported solar panels and cells.

“Solar companies in our states believe the requested trade protection would double the price of solar panels,” the Senate letter to the ITC said. “Increasing costs will stop solar growth dead in its tracks, threatening tens of thousands of American workers in the solar industry and jeopardizing billions of dollars in investment in communities across the country.”

The ITC is evaluating a petition that Chinese-owned solar company, Suniva, filed with the agency in April shortly after declaring bankruptcy. It was later joined by German-owned SolarWorld, also in bankruptcy. The agency is considering whether these two companies out of more than 8,000 across the U.S. solar industry deserve tariff relief that would impact the entire market.

The letters come just days before the ITC holds its first public hearing on the petition on Aug. 15. Hundreds of solar workers from all over the country, including California, Maryland, North Carolina, New Jersey, New York, Florida, Minnesota, Massachusetts, Rhode Island, Pennsylvania and Virginia, will converge in Washington to explain the personal impact this case could have on their livelihoods.

The American solar industry is growing 17 times faster than the rest of the economy, and created 1 out of every 50 new jobs in the U.S. last year. Implementing trade barriers would double solar prices, grinding growth to a halt and forcing 88,000 Americans — one-third of the U.S. solar workforce today — to lose their jobs just next year.

“This letter shows that trade tariffs are not a red or blue state issue,” said Abigail Ross Hopper, president and CEO of the Solar Energy Industries Association (SEIA). “If these barriers are implemented, one of the fastest growing U.S. industries will be halted in its tracks, thousands of Americans will lose their jobs and billions of dollars of private investment will dry up.”

“We are thankful these lawmakers, on both sides of the aisle and both sides of the Capitol, recognize the solar industry’s massive impact on their states’ economies, and the irreparable harm this case could bring to families and businesses across our country,” Hopper said.