SunLink Corp. has taken on O&M responsibility for a group of tracker and rooftop solar projects installed at Arizona State University (ASU). This win for SunLink’s PowerCare program is the latest in a series of solar installations and O&M contracts since the company launched its enhanced PowerCare program in July 2015. 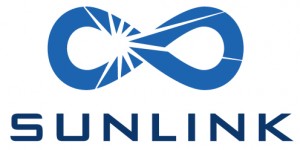 “In levelized cost of energy analyses, it becomes clear how significant a role O&M plays in the cost equation of solar energy projects over time. Given that fact, it’s surprising that O&M is arguably the most neglected piece of the project stack when it comes to the investments our industry has made in improvements and optimization,” said SunLink VP of Products Kate Trono. “With PowerCare and our project intelligence platform VERTEX, we set out to change that reality, and revolutionize asset management and performance on a global scale.”

VERTEX is SunLink’s next-generation, secure SCADA (Supervisory Control and Data Acquisition) and performance monitoring platform powered by the Internet of Things that connects grid operators and project stakeholders with real-time project performance intelligence. As a business intelligence platform, it enables long-term project profitability while ensuring grid security and stability. ASU has elected to install VERTEX on the tracker installations for which SunLink will be responsible to improve its O&M efficiencies.

“The solar industry is in a position to improve our O&M economics by using technologies proven by other sectors, while at the same maintaining the level of security required for large solar power generation assets to mitigate risk. VERTEX’s Restful API-based open architecture can enable other organizations across the industry to leverage our technology as a foundation on which to build their own applications — all with the aim to collectively accelerate the advancement of solar,” added Trono.

For more information about SunLink’s tracker and VERTEX technology, join the company for the webinar, “How What Your Data Monitoring Isn’t Telling You is Threatening Your Financial Returns,” on April 12 at 11 a.m. PDT. Register here.