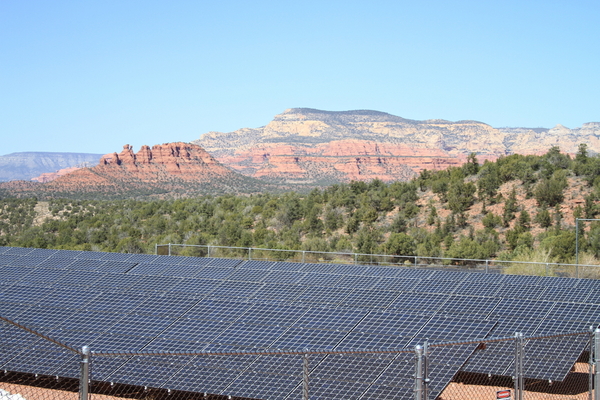 Despite the polarized political climate, some compromises are still possible. Arizona was a state that seemed determined to impose damaging demand charges on its customers as its answer to the proliferation of distributed energy resources coming onto the grid, but Arizona Public Service and solar advocates were able to find some middle ground and avoid being the next Nevada.

“After weeks of discussion, we are pleased negotiations produced a settlement that all stakeholders, SEIA included, feel comfortable signing. The thorough process concluded outside of litigation, and we hope an era of collaboration will take hold in Arizona,” says Sean Gallagher, vice president of state affairs for the Solar Energy Industries Association. “While the solar industry didn’t get everything it had hoped for out of the settlement, Arizona’s current solar customers can rest assured they will be grandfathered into their existing rates, which was a priority for SEIA.”

APS was shooting for mandatory demand charges, but under this new agreement, new solar customers will be able to sign up under initial rates that are as favorable as could be obtained under the Commission’s December 2016 Value of Solar decision, which creates longer term uncertainties for Arizona customers. New distributed solar customers have the option to take a demand-based rate or a time-of-use (TOU) rate. But after May 1, 2018, all new APS customers will move to a time-varying rate by default.