It’s official: Roof Tech is now a player in the commercial solar market and the loyalty of one dedicated customer made it happen. Here’s how it happened. 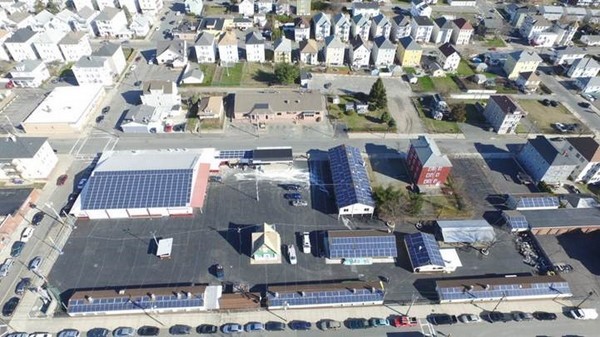 Luke Niemiec, founder and owner of the Massachusetts-based Acushnet Alternative Heating, which provides full-spectrum solar design, installation and maintenance, along with more traditional home heating solutions such as fireplaces and wood stoves. Founded in 2005, the company serves residential and commercial customers as well as municipalities in both Massachusetts and Rhode Island.

Niemiec has used E Mount AIR on more than 100 residential installations since first discovering the product in early 2015. In October 2015, Niemiec finalized a major commercial contract for a 700-plus panel, 170 kW project in New Bedford, Mass., at the site of the largest Portuguese Feast in the world. Established in 1915, the Feast of the Blessed Sacrament is expected to draw well over 100,000 visitors from all over the world at its 102nd annual event in August 2016.

The organization that hosts the event – Club Madeirense S.S. Sacramento, Inc. – had wanted to convert the feast site to solar for more than two years, but the complexities of the project made it difficult. The site is in the midst of a residential neighborhood and the three-month period required for set-up and teardown before and after the event places heavy demands on local power supplies each year. Niemiec explained that the contract approval process itself took more than three months.

“The Club has more than 200 board members and three different boards, so we had to go through numerous presentations before the contract was finalized,” explained Niemiec. “But we submitted a detailed plan design and kept at it, and ultimately landed the job.”

In December 2015, Niemiec’s crew spent about two weeks placing all the racking and E Mount AIR brackets on 11 structures across the feast grounds. 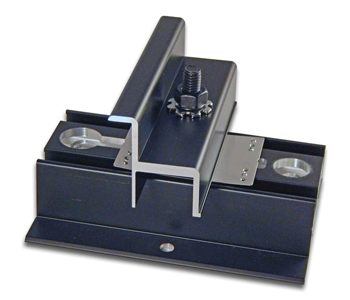 “The main building at the feast site houses the kitchen and takes up a full city block,” said Niemiec. “Other panels are installed on numerous stages that feature live entertainment and on the rooftops of vendor kiosks that require lighting and refrigeration.”

The PV panels arrived at the site in February 2016, and the crew returned to complete the job by early March.

“My crew just loves working with E Mount AIR,” said Niemiec. “It makes everything so much easier. When we have a job where we are forced to use rails, the crew is always disappointed. The installation process is awkward and we have to leave a man in the attic to make sure no lag bolts miss the rafters. But with E Mount AIR, it all happens quickly and easily right on the rooftop.”

Niemiec explained that when his crew is on the job with E Mount AIR, neighbors ask why the PV panels look so much better than theirs.

He went on to say that he now has installers calling him to find out what makes his projects so appealing. “Our distributor told its own customers about our success with E Mount AIR,” Niemiec said. “By the end of 2015, we had installers calling us from as far away as Colorado to find out more about Roof Tech products.”

More Commercial Projects on the Way

The solar industry in New England is back on the rise thanks to renewed availability of municipal solar power purchase agreements (PPAs), which provided considerable cost savings on the Portuguese Feast project. Already, Niemiec has seen an increase in his own commercial projects in 2016.

“We’re using E Mount AIR for PV installations on storage units, condo associations and many other jobs,” he said. “We might install 1,000 panels on a commercial job versus 20 on a residential project, but the process goes much faster because the pre- and post-job process is much simpler.”

When asked what keeps him loyal to Roof Tech products, Niemiec said it’s simple: “My jobs look great with E Mount AIR, and when they look better, I get more business. Plus, my whole crew loves working with this product.”