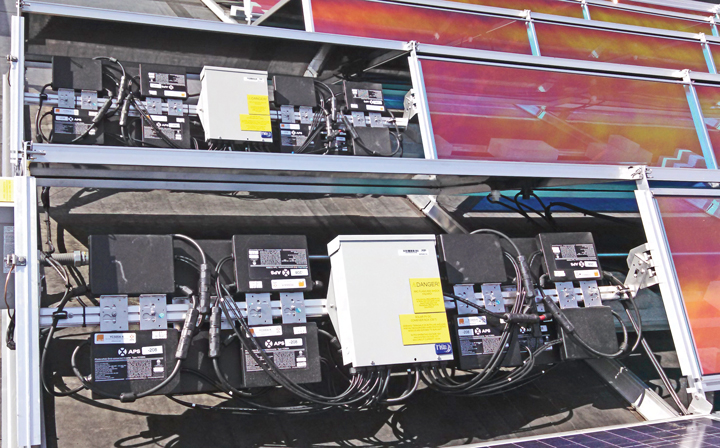 Levelized cost of energy (LCOE) is one of the most important metrics used for judging the value of a PV system. It is also less easily understood and seemingly open to interpretation. How am I really calculating this figure? What is sitting outside this calculation?

Ask five inverter companies, and you might get five answers. So, we asked them all to get all of the answers.

A recurring theme when calculating LCOE for a PV system is getting a full understanding of its potential for failure and its ability to mitigate those losses: How many components are there? How likely are they to fail? When and how often could they fail? How much production will be lost during those failures? How much work is involved in getting it running again? This means keeping in mind variables like inverter replacement cost, system engineering cost, interconnection updates (adoption of new codes) and re-inspection cost. 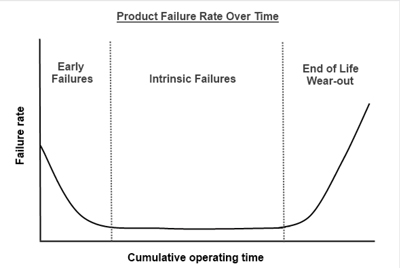 Fronius did a study, examining the costs associated with replacing or repairing inverters 15 to 20 years from the present to account for that full PV system cost of ownership. An example they gave: If the original system cost is $10,000 and the extended cost factor is 1.10, then the total cost of the system over its lifetime is $10,000 x 1.10 = $11,000. Within this study, its SnapInverter resulted in 1.05 cost factor, while a generic string inverter hit 1.19 and a microinverter hit 1.26. The important variable in this calculation was mean time between failure (MTBF), defined in this study as the failure rate during the intrinsic failure period (see Fig. 1).

“Since the industry has grown so rapidly in recent years, the majority of PV systems in the United States are less than five years old, with typical standard inverter warranties being five to 10 years in length,” says Brian Lydic, senior standards and technology engineer at Fronius. “The majority of inverters installed in the field are still under warranty, and the industry has not needed to address large numbers of inverter replacements or repairs due to end of lifetime, though this will become commonplace.”

Yaskawa – Solectria Solar notes the correlation between the number of components and a higher MTBF, which makes sense intuitively. This makes the MTBF discussion a big part of the operations and maintenance (O&M) and LCOE calculation.

“The capability to service your inverter efficiently and in the most effective manner is crucial to keeping uptime high and calculating LCOE,” says Danielle Kershner, channel sales representative, Yaskawa – Solectria Solar, which keeps component count low by integrating AC/DC disconnects and integrates modular power stages to minimizes time and cost for service. The company has also revamped its customer service department to reduce downtime.

Another way to look at this is operational expenditure (Opex). The question answered here is “How much value am I losing during downtime?” So, Opex would include equipment failure, maintenance, repairs, materials and labor lead-time, restructuring, capacity change and so on. This analysis can favor microinverters in certain applications as any failures will only affect small portions of a system in a single moment, versus the entire system in the case of a string inverter failure. As mentioned in our feature on service on page 20, web-based monitoring services can be crucial for improving timeliness and efficiency of O&M functions.

“Since downtime is tied to the loss of generation, this variable must not be taken lightly when trying to maximize the LCOE,” says Frank O’Young, associate VP for Darfon. “The LCOE may be lowered by as much as 20 percent if the system uses equipment that is easy to maintain, quick to troubleshoot and requires minimal repair time.”

Establishing all of the variables that add and subtract from the economic value of a PV system is step one. Establishing a timeframe is step two. Is your LCOE calculation really looking at the broad picture?

“When you compare two systems with a calculated LCOE, be sure the warranties are equivalent because the cost to replace a major component like a string inverter can have a serious impact on that calculation, particularly when those needed replacements occur once, or often twice within a 25-year period,” says Jason Higginson, senior director of marketing, APsystems, which has 10- and 25-year warranty options for its microinverters.

Adjacent to the warranty is service recovery speed. Ed Heacox, GM of CPS America, a leading commercial inverter company, says a key for them is having ready-to-go spares or RMA inverters available. “We are offering service speed commitments as well as onsite spares to help customers reach nearly zero downtime. Innovation of these commercial programs is a big part of our work on LCOE for customers,” he says.

Example of “future-proofing” an install with a Pika Energy inverter.

Enough of all of this failure talk. Most of the time the system is going to be on and working, and when it is, it needs to be kicking ass and improving LCOE.

“One of the potential drawbacks is that LCOE calculations do not effectively differentiate between upfront and variable costs,” says Peter Mathews, North American general manager for SolarEdge.

His example: The fixed cost of a system, including customer acquisition, permitting and design, are realized regardless of the size of the PV system. Each added module can be installed for a much smaller variable cost.

“The trade-off between fixed and variable costs is more advantageous for systems with more PV modules since they can generate a disproportionately greater amount of energy versus the initial upfront costs,” he says. “LCOE calculations are therefore only part of the financial return. The calculation for return on investment (ROI) should also factor in the revenue generating potential of any site to generate cash from the PV system. The LCOE only calculates the expense. The returns can also vary based on region, rate structure or the ability to switch rate structures. Having a highly flexible PV solution that can add more modules onto projects is a powerful tool in maximizing the return on PV projects.

SolarEdge’s philosophy is to allow for the installation of modules in shaded areas and on roofs with varying angles. This degree of design flexibility means more modules per roof.

Marv Dargatz with HiQ Solar recommends stacking string powers high enough to maximize ROI while the system is up and humming. To do this right, he cautions to be wary of STC ratings.

“STC ratings for modules tend to be optimistic, partly because they are measured with a cell temperature of 25° C. In the real world, cell temperatures in direct sunlight are more likely to be at 60 or 70° C, yielding less power,” he says. “Overall, when orientation to the sun, temperature, time of year, soiling and aging are taken into account, strings put out a lot less power than STC leads you to expect. It’s therefore important to stack the inverter to make sure it is operating as near to its max output as possible to maximize ROI.”

He also says having a single MPPT per string rather than paralleling helps maximize harvest.

Pinpointing the lifetime of a system at 25 years from 2017 puts you into 2042. We did the math three times just because that number looks insane. We might all be in an Escape from New York post-apocalyptic future, but those PV systems will still be kicking, and one has to assume energy storage is going to be in a completely different position than it is now. And assuming that, you must assume your customers are going to want to move to upgrade to solar+storage, if they haven’t already, which throws all of your previous LCOE forecasting out the window of your 2042 flying car.

So yes, understanding cost and performance metrics for batteries is an important factor to consider today. Batteries introduce multiple new variables into the financial model and can have a positive or negative impact on LCOE depending on the technology used and how it is sized relative to the PV array and loads.

“A battery has both an instantaneous power rating [in watts or kilowatts] and an energy capacity rating [in kilowatt-hours] and they both factor into the financial model,” says Paul Dailey, director of product management, OutBack Power. “In addition, battery life is often expressed either in cycles or calendar life, but you need both metrics to determine the value of the battery in your application over time.”

The future of energy storage is why Chip Means, director of sales development, Pika Energy, says DC voltage is by far the most underrated and under-appreciated variable in LCOE.

“Too many solar inverter products use a low voltage range, typically 48 volts. Solar is rapidly changing to require the addition of battery storage behind the meter. Using 48-volt equipment simply doesn’t make sense for this evolving reality,” he says. “Low-voltage inverters are typically AC-coupled to add a battery to grid-tied solar, which requires using two inverters. This clunky, 48-volt arrangement means the customer’s roundtrip efficiency will be typically around 80 percent.”

Pika Energy’s products use an internal bus voltage of nominally 380 Vdc, and all of its components — PV Link solar optimizers, Islanding Inverters and Pika-compatible smart batteries — use this bus voltage to connect, communicate and transmit power. This results in a system with roundtrip efficiency of closer to 90-92 percent. That 12 percent increase on roundtrip efficiency pays major dividends in terms of LCOE.

“Installing storage-ready PV systems now will save significant time and resources when returning in the near future to add energy storage,” says Mike Dixon, sales and marketing director, Magnum Energy. “Not only considering current equipment investments, but future equipment investment — which doesn’t fall under the O&M umbrella — can save on the most expensive part of the solar formula.”

Unless all of these lifetime costs and realistic max output calculations are included and explained clearly to customers, a backlash will occur once they are surprised by replacement costs or any other unforeseen variable. And no one wants a line of customers wielding lightsabers outside their door in 2042, demanding satisfaction.

This feature is from our March/April “Inverter Issue.” Get your FREE subscription to print here or digital versions here.