When Smaller is Better

Using microinverters on large projects provides increased efficiency and the ability to reduce stress on the system.

On a 14-acre plot of land in the midst of a commercial tree nursery in Delavan, Wis., thousands of sunflowers burst from the ground. The oil from the seeds helps to operate tractors for the nursery. But that’s not the only renewable energy system taking place here. Nearly 2,000 solar panels are installed on the same property, and it’s interesting to find out how they got there. 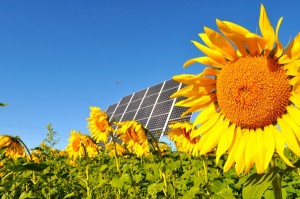 Convergence Energy, a solar energy developer and integrator based in Lake Geneva, Wis., had to turn down prospective solar installations time and again because of issues like high shade and directional orientation. The solution to this problem came from the idea of leasing an offsite piece of land and producing solar power that could be redirected back into the grid. The Wisconsin nursery — a former Convergence client — agreed to lease a significant chunk of acreage to house a solar energy system.

“We did some projections on sizes of systems and how many we could fit on the land, and how it needed to be configured in order to meet all the different requirements to make sure we optimized the cash flow for investors,” says Steve Johnson, vice president of business development for Convergence. The company checked with utilities and regulations and went ahead with installation in April 2010.

The 660-kW system was broken down into 33 subplots generating 20 kW each and was finished in December 2011. The solar panels came from Milwaukee-based Helios Solar Works and are supported by 99 dual axis trackers, boasting a 30 percent increase of energy. Enphase, based in Petaluma, Calif., supplied the project’s microinverters. Going with microinverters on a large project was an interesting choice. 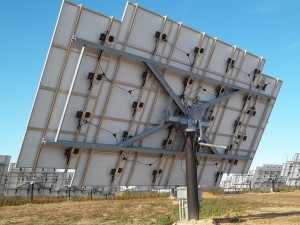 “We liked the ability to use the micros versus multiple central inverters, which are fairly sizeable against 33 separate systems,” Johnson says. “So with an inverter on each panel, that side was simplified. We wouldn’t disagree that their production is probably a little higher based in that if you lose one panel you’re not going to lose a string. We just thought it was a really good solution for what we were doing on the farm. And [Enphase has] been fabulous.”

David Briggs, marketing manager for Enphase, emphasizes the “Christmas light effect” that Johnson described is altogether lost because of the modularity of a microinverter.

“You’re talking about a small fraction of the system so you can pinpoint the problem very quickly, and it has a small impact relative to the whole system,” Briggs says. 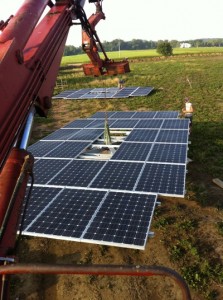 The microinverters run in a parallel circuit rather than in a series and utilize a complete AC system rather than a typical DC to AC conversion at the very end.

“We’ve found a way to convert DC into AC starting with a very low voltage but still maintaining a very high efficiency,” Briggs says. “We’re taking the DC voltage from a single solar module, which is less than 45 volts, and we’re converting that into 240-volt AC right there at the module. That’s a very, very hard thing for a power converter to do efficiently, and so that’s a lot of where our deep technology expertise started. We’re doing it at 96 percent efficiency today.”

What makes Enphase’s microinverters especially unique is its Enlighten system, which is connected to the Internet and constantly uploading real-time data from the field. Investors can check on energy output through a special line of wireless communication that uses very low energy consumption. Moreover, a company like Convergence can easily check the system and send software updates to the inverters to potentially solve problems. The system runs both ways.
Since the microinverters operate at low-voltage levels (yet produce the same output as standard inverters) and are ruggedized for even the worst Wisconsin winters, Briggs says investors can expect a lifespan of 25 years.

“With a microinverter, because we’re handling very low voltage DC and low power [at] just a couple hundred watts, we’re actually significantly reducing the switching stresses within the inverter device,” Briggs says. “Doing that actually allows the reliability of the device to be higher. It essentially allows us to avoid random failures and extend the lifetime of components. Components that might only last 10 or 15 years now last longer.”

Briggs says microinverters have limitless application uses; it’s only a lack of market education that holds people back. He and Johnson are convinced that projects like this will be more bountiful in the future, both in terms of the product and system development.

“Innovative new ways of installing and developing solar projects is a real opportunity out there,” Johnson says. “And that’s what we’re striving to do — to come up with new, innovative applications and ways to continue the growth of the industry. And hopefully we’ll find success on that.”

Leanne Butkovic is an editorial assistant for Solar Builder.