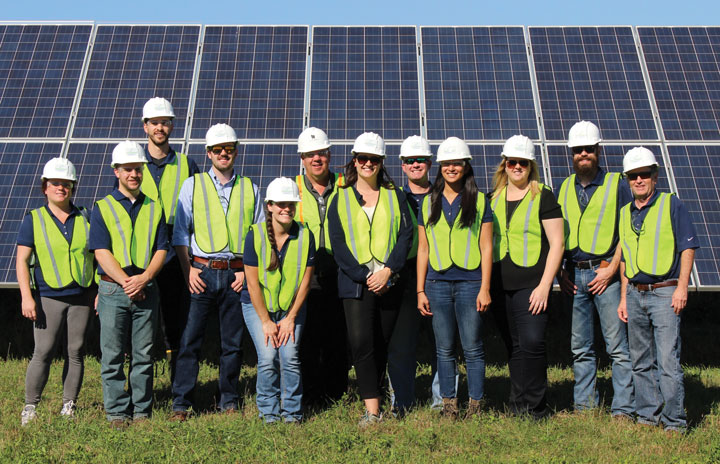 Community solar has taken off within the renewable energy development leagues, melding the interests of residential and commercial or industrial customers, as well as the local utilities. While the inclusion of low- and middle-income (LMI) residential customers are widely enabled by state legislation on community solar, specific carve-outs or percentage requirements for LMI customers are less common. At times, solar developers have focused heavily on anchor commercial or industrial customers and paid little attention to residential participation, much less the LMI segment.

While the LMI customer segment may present something of a credit challenge in developing a project, anchor tenants can readily compensate for the project risk. Indeed, a 2016 study by the Interstate Renewable Energy Council (IREC) found that economically viable community solar programs could include 40 percent LMI customers.

When there is local, state or federal funding for LMI customers, like HUD Block Grants, developers have added inspiration to include the segment, but such funding is not always readily available, or the lengthy paperwork may seem to outweigh the potential benefit of the revenue stream.

To help remedy this practice of under-weighting LMI customers in community solar development, local housing authorities have stepped up to bring their resources — if not regulations — to bear, early in the planning process. Developers also have found that the housing authorities and other social institutions can be valuable partners in locating and enrolling customers in a project well ahead of ground-breaking.

“When we began developing community solar gardens, we approached the St. Paul Public Housing Authority and they got involved in the process, learning how much they could save and pass on to their residents. As a result, they were very helpful in the pre-sales stage,” says Lindsay Smith, the director of marketing and communications for Geronimo, which recently sold a 100-MW community solar portfolio in Minnesota to Berkshire Hathaway. Geronimo also has an additional portfolio of 50 MW called the Nordic Solar Portfolio, whose projects have begun to reach commercial operations and will continue to roll into operations throughout 2017 and 2018.”

Since housing authorities generally subsidize the cost of energy for LMI residents in their programs, lower-cost energy translates into savings. “There is a huge economic advantage for these authorities to subscribe,” Smith says.

Other states also are tuned into the LMI segment too. 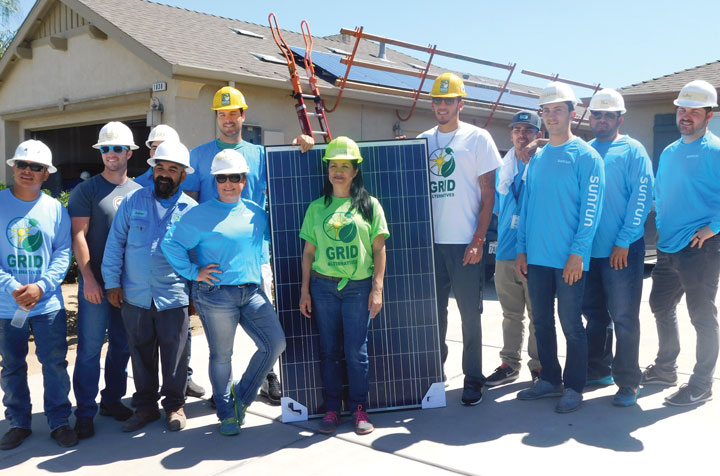 The potential for growth in community solar is enormous. Third-party-led solar — a.k.a. community solar — added about 85 MW in 2016, twice the 2015 total, and is expected to add 1.8 GW by 2021, according to a recent forecast by GTM Research. An even more optimistic forecast by the Rocky Mountain Institute suggests that community-scale solar could amount to 30 GW by 2020.

Perhaps the key limit to community solar growth with an LMI component is financing. One institution seeking to foster new financing approaches is the Rocky Mountain Institute’s Electricity Innovation Lab (e–Lab), which set up teams in June to develop new business models. One team included support from the Vermont Energy Investment Corporation (VEIC).

A more altruistic approach has been taken by Glenwood Springs, Colo.-based Alpine Bank, which bought shares in a Summit County community solar project and donated them to the Family & Intercultural Resource Center (FIRC), an agency that provides services for low-income residents. The organization managed solar credits on participants’ monthly bills.

The bank’s purchase was in part motivated by a low sign-up response from the LMI community, making it difficult to meet the 5 percent LMI carve-out. Alpine Bank worked with Clean Energy Collective to arrive at the donation solution. CEC has a portfolio-plus-pipeline of 175 projects with 33 utility partners across 15 states with over 400 MW of community solar capacity.

DOE puts taxpayer money where its mouth is. “The enormous opportunity to expand solar electricity access to LMI households is why the SunShot Initiative launched the Solar in Your Community Challenge … building on the [Obama] White House’s Clean Energy Savings for All Initiative,” the agency noted in 2016. The initiative goal was to enable 1 GW of LMI solar by 2020.

This year, the SunShot program took applications in January for $5 million in award money to form a team to design and deploy scalable community-based solar projects or programs up to 5 MW in 18 months that serve at least 20 percent LMI households or 60 percent non-profits, according to its website. Teams began work in May and are scheduled to have their community solar projects completed in October 2018.

The SunShot Initiative is a founding member of the National Community Solar Partnership that works to expand access to community and shared solar throughout the nation, especially in low- and moderate-income households. The partnership is a collaboration with the Department of Housing and Urban Development, the Environmental Protection Agency, the Department of Agriculture, and key representatives from solar companies, non-profit organizations, state and community leaders and financial institutions, the DOE states.

The U.S. Department of Energy has lofty aspirations for the LMI segment in community solar.

“Community solar projects are gaining popularity as they allow the almost half of U.S. households that may not have access to a solar-ready roof to take advantage of the sun’s energy and do it at a lower cost. This can make solar accessible to more LMI communities,” the DOE’s Office of Energy Efficiency & Renewable Energy opined in November 2016. “Between 2010 and 2015, community solar installations grew rapidly, reaching almost 100 MW, and this business model has even greater potential. The U.S. National Renewable Energy Laboratory (NREL) estimates community solar could comprise up to half of the distributed PV market in 2020.”

Solarize This: Nexamp adds more community solar in the northeast

Nexamp completed a 700-kW community solar project in Fitchburg, Mass., through its Solarize My Bill community solar program. Participating Unitil Corp. customers, many of whom were previously unable to install solar panels on their own property, are now seeing reduced electricity charges through their subscription to the Fitchburg Solar project. In addition, the neighboring Town of Lunenburg will realize substantial energy cost savings through a long-term agreement to purchase discounted energy credits generated by the project. Fitchburg Solar is one of 17 community solar facilities that Nexamp has constructed and expects to achieve operations in the coming months.

“Lunenburg has enjoyed a very beneficial relationship with Nexamp,” said Phyllis Luck, Board of Selectman, Town of Lunenburg. “In addition to the town’s net metering agreement, which is expected to generate over $600,000 in utility cost savings over the next 20 years, Nexamp has extended the partnership to include our town’s residents, who remain keenly interested in community solar. In fact, Nexamp enrolled nearly 40 Lunenburg households in two weeks’ time to their Solarize My Bill community solar program, and these residents should save over $275,000 in electricity costs over the term of their subscriptions with Nexamp.”