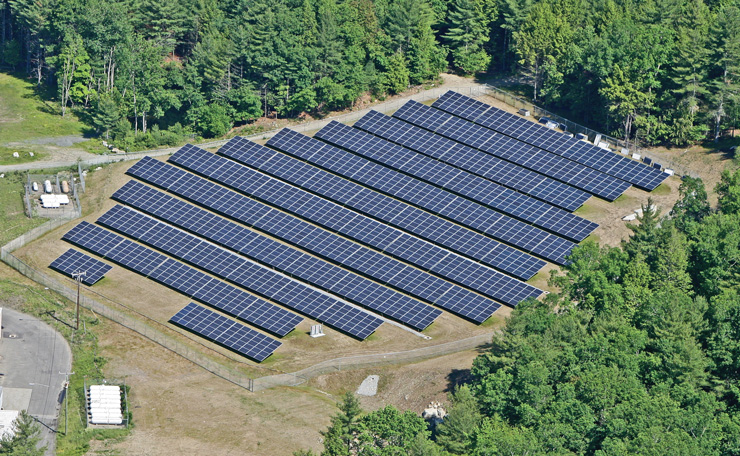 But the community solar project model is frequently misunderstood and can implicate complex legal requirements. This article will introduce some of the key issues and provide guidance on avoiding potential pitfalls.

The basic idea of the community solar model is disaggregating the end-user of the electricity from the physical location of the PV system. A project sponsor entity will undertake the process of constructing the system and interconnecting it with the grid. In the most typical model, customers in the community may, in exchange for a monthly payment to the project sponsor, “subscribe” to a certain proportion of the PV system’s monthly production, for which the customer is credited on their utility bill.

Variations also exist in which a consumer may purchase certain panels outright, rather than paying a monthly subscription, and receive credits for the production of those panels. But the unifying theme is that participating consumers make payments to an offsite project and then receive credits on their utility bills calibrated in proportion to their contribution.

The community solar model is related to, but distinct from, two other models for bringing groups of consumers together to facilitate PV system deployment. In a group purchasing model, multiple consumers join together to purchase individual systems from a single supplier in order to achieve more favorable pricing based on their aggregated buying power. This is distinct from the community solar model because the consumers will ultimately be installing individual systems on their own properties.

Another model is crowdfunding. In a crowdfunded solar project, consumers invest in a PV system developed by a project sponsor and in exchange receive financial returns on their investment. The critical difference with community solar is that the payment consumers make to the project sponsor is an investment made with the expectation of profit.

RELATED: Obama wants to give your community $100,000 to build community solar

Additionally, many states also impose allocation requirements to advance policy goals such as increasing access to subscriptions for broader groups of consumers. Many states’ programs prescribe a minimum number of participants for a project and a maximum proportion of the output that any single participant may consume. These types of parameters can promote participation in community solar projects by middle- and lower-income consumers and prevent projects’ capacity from being allocated to a small number of larger consumers.

For example, under New York’s program, a project must have a minimum of 10 participants, and no single participant may be allocated more than 40 percent of a project’s output. This allows a large consumer to serve as an “anchor,” but requires the rest of the project’s capacity to be spread more evenly among participants.