Editor’s Choice Solar Projects of the Year: 6 projects that stood out for innovation, problem-solving 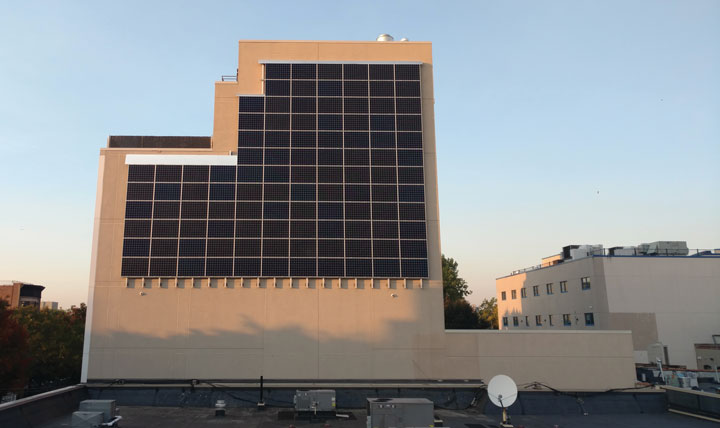 What to do in a crowded city with little to no roof space to add solar. Why not try something completely different? New York City solar installation leader Quixotic Systems designed an innovative solar solution in the heart of the Bronx at Urban Health Plan’s Simpson Pavilion. Unlike most rooftop systems, the 37-kW array has been installed on the side of the building — a “solar wall.” The PV system designed and installed by the team at Quixotic foregoes limited roof space in favor of the Bronx building’s south-facing four-story façade. The high-efficiency array features 104 SunPower 327 panels mounted on a custom vertical rack and connected into Fronius inverters. The solar installation will offset the center’s energy use by 10 percent, saving an estimated $230,000 over the next 25 years. 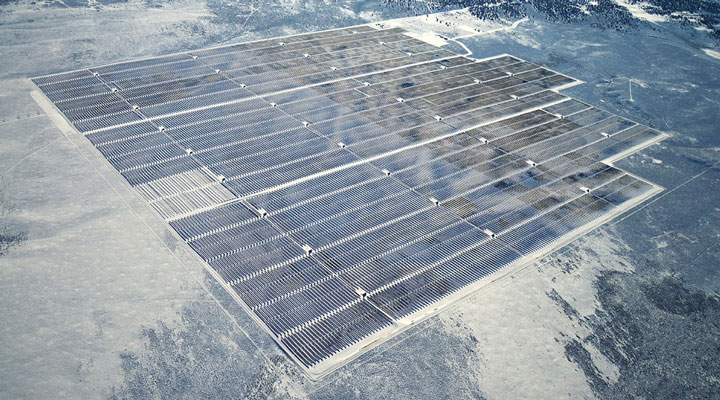 At the gateway to Monument Valley, 300 miles north of Phoenix, the Kayenta Solar Project is the first and the largest solar power plant in the Navajo Nation. Developed by the Navajo Tribal Utility Authority (NTUA), the project’s parameters were strict, requiring that most of the construction team be members of the Navajo Nation and that the natural landscape be preserved during installation. So, yes, during the harsh desert winter, tracker supplier Soltec recruited and trained 188 members of the local community (98 percent of the workforce) on both tracker and foundation installations and the mechanical assembly of the plant’s modules. This workforce was able to finish the project in only 3.5 months, and a large number of Navajos joined the Soltec team for subsequent projects. To maintain the natural environment of the sacred land during installation, Soltec’s SF Utility Tracker was deployed, which limits grading on land and requires 46 percent fewer piles. 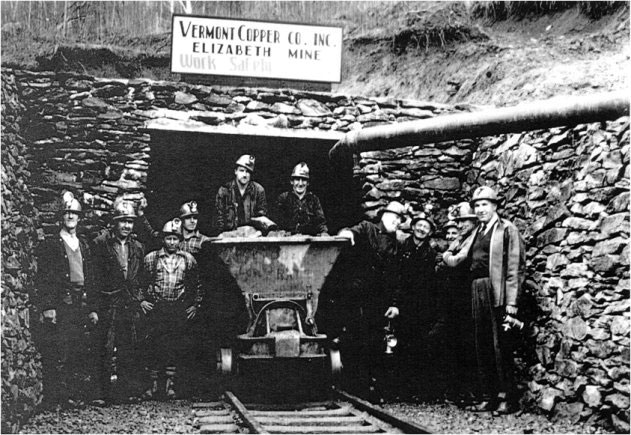 The Elizabeth Mine is a famous copper and iron sulfate mine that was listed as a Superfund site due to acid mine drainage discharging from discarded waste rock that hurt water quality downstream. Superfund sites pose unique challenges in terms of financing, organization and paperwork, but for developers Brightfields Development, Wolfe Energy, Greenwood Energy and the Conti Group, planning and designing the PV system for the Elizabeth Mine Solar Project was another huge hurdle. It needed to be constructed on top of the environmental cap without damaging the impervious liner that prevented rainwater from washing through the tailings pile. Multiple iterations of module selection, inverters, ballast sizing and racking were made to maximize the project output while meeting the pressure limits on the cap system, as well as meeting storm water regulatory requirements. Since Solar FlexRack’s pre-cast ballasted system was selected to protect the installed remedial environmental cap — 2,288 of these solar racking foundation blocks were loaded and transported over a steep ridgeline and down a narrow winding road to the remote rural site location.

A large solar plant located in a remote rural area also created challenges for both communication and interconnection, which included an upgrade of approximately four miles of utility lines, 10 miles of dedicated fiber-optic communications line and an upgrade to the regional substation. Green Mountain Power also upgraded three phase lines up through the town of Strafford as part of its reliability improvement program. The changes, in total, benefited the community with an improved electrical system that upgraded the reliability of the entire system.

For S&C Electric Company, Synergy Solar Inc. and RBI Solar, construction on this active cranberry plant bog required some unique installation techniques, like using plywood matting to protect the plants and ramps for egress into the bog area, but the outcome is a big win for the farm and proving a PV mounting concept from RBI. Some have argued that installing solar on usable farmland renders the land useless for agriculture, but solar farms like Carver are proving that going solar doesn’t have to mean giving up growing. In this case, the ground-mount solar installation benefits both the cranberries and the farm. Shade from the solar modules actually provides an ideal growing environment for the berries underneath. At the same time, the 1.1-MW ground-mount system is harvesting clean energy of its own to power the farm’s operations.

With a modest year-round population, Cuttyhunk Island, the westernmost of the Elizabeth Islands chain that lies between Martha’s Vineyard and the south coast of Massachusetts, could never justify an undersea utility cable from the mainland and has depended on diesel generators. As the island’s popularity increased, it made more financial sense for the island to go solar. Solar Design Associates developed a solar + storage/generator hybrid microgrid. The resulting black-start-capable system includes 350 kWp of PV and 1.25 MWh of storage capacity to provide the primary source of power for the island, satisfying the majority of annual requirements. The system runs in parallel with the existing gensets during periods of low sun. The island was, obviously, accessible only by boat, so a post driver, rock drill, two truckloads of racking material, six crew members and all other construction equipment had to arrive via barge. The mechanical scope of the project (posts, RBI racking and SolarWorld module install) was completed in 21 days. Now, the island gets about half of its electricity from the solar array during peak season.