Standard Solar, a leader in the full-service development, construction, integration, financing and installation of solar electric systems, today announced it has been selected by the U.S. Army Corps of Engineers, Engineering and Support Center, working with the Army Energy Initiatives Task Force (EITF) to develop photovoltaic (PV) solar on Army installations, helping to meet the renewable energy goals set by the Department of Defense (DoD) last year. 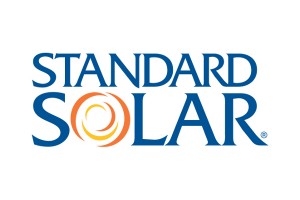 Standard Solar, along with 21 other companies, was awarded Multiple Award Task Order Contracts (MATOC), which qualifies them to compete for future solar projects in order to secure reliable, locally generated, renewable energy and microgrid solutions for Army installations through power purchase agreements (PPAs).

“This is a very important step forward for the Army and solar, as the goal here is to really showcase the tremendous potential solar has in not just meeting energy and environmental benchmarks, but also to demonstrate its ability to provide energy security,” said Scott Wiater, Standard Solar president and nine-year U.S. Army veteran. “Having served in the Army, this is an especially meaningful win for me.”

In April 2012, the DoD committed to one of the largest clean energy initiatives in history by setting a goal to deploy three gigawatts (GW) of renewable energy, comprising solar, wind, biomass and geothermal technologies, on Army, Navy and Air Force installations by 2025. The Army is responsible for one GW of that total. The four technologies being awarded under the Renewable and Alternative Energy Power Production for DoD Installations MATOC represent $7 billion of private sector funding.