SolarCity is going to install a first-of-its-kind solar array and energy storage system for Kaua’i Island Utility Cooperative (KIUC). And you’re not going to believe this, but the Elon Musk company has selected Tesla Energy to supply the batteries. 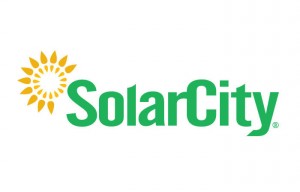 SolarCity says it made the selection after conducting a comprehensive competitive solicitation in the battery marketplace. The proposed SolarCity/Tesla project is believed to be the first utility-scale system in the U.S. to provide dispatchable solar energy, meaning that the utility can count on electricity being available when it’s needed, even hours after the sun goes down.

KIUC is a member-owned cooperative serving 33,000 customers on the island of Kaua’i. Formed in 2002 and governed by a nine-member, elected board of directors, KIUC is one of 930 electric co-ops serving more than 36 million members in 47 states.

The 52 MWh Tesla Powerpack lithium-ion battery storage system will feed up to 13 MW of electricity onto the grid to “shave” the amount of conventional power generation needed to meet peak demand in the evening from 5 p.m. to 10 p.m.

By using the solar energy stored in the battery instead of diesel generators, KIUC will reduce its use of imported fossil fuels and also cut its greenhouse gas emissions.

Under the terms of the 20-year contract announced in September 2015, KIUC will pay SolarCity 14.5 cents per kWh, only slightly more than the cost of energy from KIUC’s two existing 12 MW solar arrays, whose output is available only during the day.

The array and battery storage facility will be built on 50 acres of land owned by Grove Farm Co., Inc. adjacent to KIUC’s Kapaia power station off Mā’alo Road, just north of Līhu’e.

The project has already received most of its required state and county approvals and is now awaiting approval by the Hawai’i Public Utilities Commission. KIUC and SolarCity have requested an accelerated timetable for review of the project so that construction work can begin by April with a goal of being in commercial operation by the end of 2016.