Before it can take up a larger portion of the grid, solar technology must prove its economic worth, or so we’ve all been told. That is definitely still a charge for the industry going forward, but during the opening session at Solar Power Northeast, Richard Kauffman, New York’s chairman of energy and finance, turned the economic argument around to the utilities. 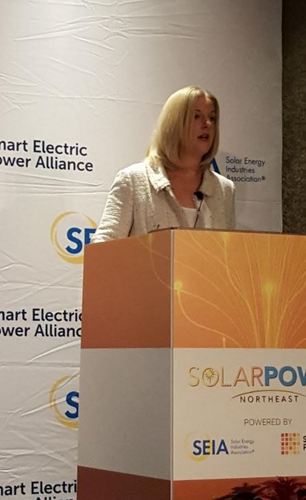 “I want to stress this: The current system is not only energy inefficient, it’s financially inefficient,” Kauffman told the room.

The Solar Energy Industries Association (SEIA) presented Kauffman with its Solar Champion Award, an honor bestowed upon entities or individuals who have helped strengthen solar energy in America, and you could see why Kauffman got it as he explained the approach New York has taken to remaking its grid with its Reforming Energy Vision (REV) initiatives. The strides New York has made to this point and hopes to keep making, has come through compromises from all sides of the energy industry and to create a more affordable grid that offers customers more choice and value.

“Utilities weren’t happy because they weren’t participating in the growth part of the market and could see that there would be erosion in their business,” Kauffman said, explaining how conditions were right for such compromises in New York. “Solar companies weren’t happy either because of how limited they were.”

He identified two big keys in developing this new grid:

1. Deploying distributed energy resources (DER) in a way on the grid where all customers benefit, not just DER customers.

2. Migrating utility financial incentives away from the rate payer.

Kauffman believes the rate-based compensation system that’s been in place for decades has outlasted its usefulness and led to financial inefficiencies.

“For too long we’ve just been rebuilding old stations and not building the grid we need for today,” he said. “The Rate-based approach is a deterrent to the deployment of DER because DER in certain locations will also reduce or shift load, leading to less need for traditional infrastructure.”

He noted that only 6 to 7 percent of a customer bill is utility profit. The rest is pass through cost on which the utility earns no money.

“Every other capital intensive industry has been focused on reduction of cost and driving innovation and being efficient in use of capital. Utilities are about deployment of capital and passing along cost to customers. This is a relic of past policy regulations.”

New York state, which he said is not much different from any other state, has an average capacity utilization of 54 percent – again, a low number relative to other major capital intensive industries. 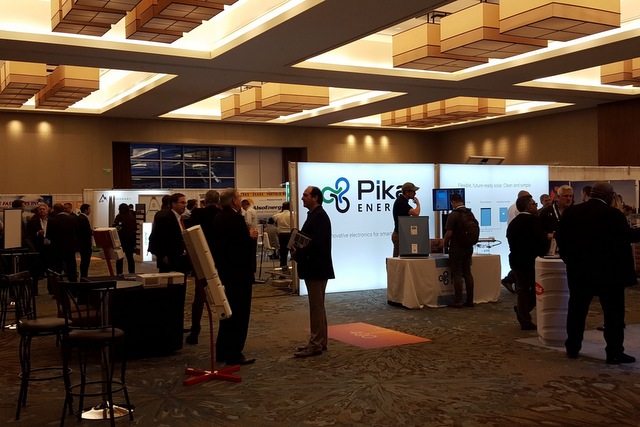 The rate-based system we have now, in Kauffman’s view, disincentives innovation because IT may not be a capital expenditure. He backed up this assertion with a stat that caused gasps and groans in the room:

“Utilities spend two-tenths of 1 percent of revenue on research and development.”

The goal from here is figure out ways to turn the solar business into a business for utilities, not through ownership, so that deploying solar is a business not a matter of regulatory compliance. How can you help initiate these changes where you live? Kauffman recommends talking with your local political leaders and regulators, and do so in larger groups instead of one-off conversations. Also, go in understanding the big picture and that compromises will likely need to be made for any substantial changes to be considered.

Kauffman has long established himself as a supporter of renewable energy. His efforts to develop the NY SUN program, a $1 billion initiative to support 3 gigawatts of installed solar capacity by the year 2023, is expanding solar access across New York. As one of the architects of REV, he helped lead the development of New York’s noteworthy 50 percent Clean Energy Standard.

Today, these policies have helped New York become the sixth largest state in the nation for its number of solar jobs with solar now employing more than 8,100 New Yorkers, according to The Solar Foundation’s National Solar Jobs Census 2016.