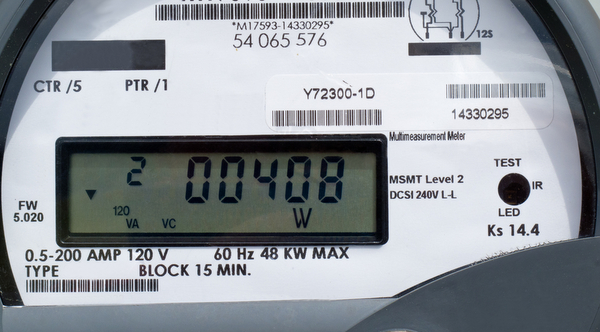 The report noted that use of variable renewable energy resources, primarily solar and wind, is on the rise around the country, independent of the Clean Power Plan, due to falling prices and increasing demand, including state requirements for renewable power.

A report prepared by The Brattle Group for the Advanced Energy Economy Institute (AEE Institute) finds that high penetration levels of renewable generation are not only technically feasible but are already being managed without compromising reliability of electric power service. This suggests that an increasing share of renewable energy can be integrated into the nationwide electricity system going forward.

This report by The Brattle Group, a consulting firm to utilities and grid operators, is welcome news for the solar industry, especially for the timing. Earlier this year, the North American Electric Reliability Corp.’s “initial reliability review” of the Environmental Protection Agency’s proposed Clean Power Plan expressed concerns. This report finds those concerns to be overstated.

AEE Institute also published a critique of NERC’s “Phase I” modeling assessment of the Plan, identifying similar flaws. The Brattle Group report examines in more detail one of the issues raised by NERC: the potential impact on reliability from the expanded use of renewable energy that would likely occur as a result of implementing the Clean Power Plan.

The new Brattle Group report, Integrating Renewable Energy into the Electricity Grid, consists of two in-depth case studies – one of a grid operator (Electric Reliability Council of Texas, or ERCOT) and the other a vertically integrated utility (Xcel Energy Colorado) – in which said high levels of variable renewable energy (comparable to the extent NERC is concerned about) are being managed successfully by means of established operational and technological tools.

In 2014, 10% of total electricity demand in ERCOT was met by wind power, with wind’s contribution reaching nearly 40% at certain times. Xcel Energy Colorado gets nearly 20% of its electricity from wind. “The success to date of ERCOT and Xcel Energy Colorado shows that integrating variable renewable energy at penetration levels of 10-20% on average and at times above 50% – i.e., high relative to the current levels in most of the United States – is feasible,” the report stated.

“Ongoing technological progress and ongoing learning about how to manage the operations of the electric system will likely allow the integration not only of the levels of variable renewable energy capacity now in places like Texas and Colorado but even significantly larger amounts in the future,” The Brattle Group authors conclude. “Specifically, integration of variable renewable energy at levels of penetration as high as those reliably managed by ERCOT and Xcel Energy Colorado, if not higher, should not be seen as a significant obstacle to compliance with EPA’s proposed Clean Power Plan. Rather, carefully examining the lessons learned in states and regions such as the ones examined here should help [Independent Systems Operators] and utilities ensure that significantly larger amounts of variable renewable energy can be integrated while maintaining high levels of reliability in a cost-effective manner.”

The report noted that use of variable renewable energy resources, primarily solar and wind, is on the rise around the country, independent of the Clean Power Plan, due to falling prices and increasing demand, including state requirements for renewable power. Given the complexities and time lags involved, grid operators and regulators must plan carefully for needed long-term investments in the transmission and distribution as a result. But in terms of handling issues around variability and reliability, the success to date of ERCOT and Xcel in accommodating ever higher shares of variable resources shows that integrating renewables at relatively high levels “is feasible and generally involves relatively modest additional cost,” according to The Brattle Group.

The tools identified by The Brattle Group include:

“Renewable energy resources are already being integrated into the power grid at ever higher levels based on price and performance,” said Malcolm Woolf, senior vice president for policy and government affairs for Advanced Energy Economy, a national business association. “Utilities and grid operators have shown that they can manage variable resources like wind and solar with no impact on reliability. Based on this experience, we have confidence that these fuel-free, inexhaustible resources can be used to meet electric power needs going forward at even higher levels without concern about keeping the lights on.”