Healthy Planet Partners LLC (HPP), a Clean Energy Solutions Fund that finances, implements and maintains distributed energy and energy efficiency projects that optimize performance in commercial buildings, and Kyocera Solar Inc. announced today the completion of a solar rooftop and carport system at the Seattle Mariners Spring Training facility in Peoria, Ariz.  HPP developed and financed the project with partner Kyocera Solar which provided engineering and project management support as well as acting as a finance partner.  By doing so, Kyocera lowers the risk and the associated cost of capital to HPP.  Sky Engineering and Construction Inc. built the system at the Peoria Sports Complex, using Kyocera’s industry-leading, high-efficiency solar modules. 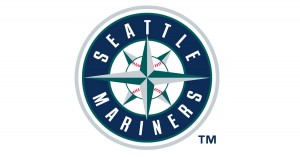 This 345-kW solar array will generate approximately 529 MWh of clean electricity annually.  The project will also eliminate approximately 365 metric tons of CO2 emissions, which is the environmental equivalent of powering more than thirty-three homes for one year or burning more than 391,722 pounds of coal, according to the Environmental Protection Agency’s Greenhouse Gas Equivalencies Calculator.

“The Seattle Mariners enjoyed working with HPP, Kyocera and Sky Engineering to deploy this solar project; in our parlance – they’ve hit a home run,” said Joe Myhra, Seattle Mariners vice president of ballpark operations.  “Incorporating solar in our energy mix, along with deploying other sustainable practices, is at the core of our operations.  Not only is ‘greening’ our facilities the right thing to do, it’s also good for the corporate bottom line and we know this PV array at our Arizona training facility will be an important element in our overall energy savings plans.”

The new solar installation reinforces environmental responsibility efforts of the Mariners, which have resulted in savings of more than $1.75 MM in electricity, natural gas, water, and sewer charges since 2006. The team has been named American League Recycling Champions by Major League Baseball the last two consecutive years.

Michael Richter, Managing Partner of HPP, noted, “Over the last several years, the Mariners have been leaders in sustainable ballpark operations by reducing their use of natural gas by 40% and electricity by 25%.  We’re very proud to work with this outstanding Major League Baseball franchise that serves as a model for other professional sports teams as well their communities and fans.”

Kyocera Solar Inc., the only solar module manufacturer to earn the highest rating across all six PV module test categories in GTM Research’s July 2014 PV Module Reliability Scorecard, served as technical advisor for the project, which was conceptualized by HPP.  The 1,380 Kyocera KU250 modules will also provide shade to 96 vehicles at the complex, shielding them from the powerful Arizona sun.

“With 39 years of experience in the solar industry, Kyocera brings unparalleled commitment to helping enterprises achieve greater sustainability and competitiveness by enabling our partners to create innovative solar installations that improve the bottom line,” said Steve Hill, president of Kyocera Solar Inc.  “As a local company in the Phoenix area, we love spring baseball and believe the Mariners made a great decision to utilize Kyocera’s high-performance solar modules.”

HPP financed, owns, and operates the 345kW solar array and the Seattle Mariners will host the system under a long-term Solar Services Agreement (Power Purchase Agreement).  The project benefits from a Production Based Incentive under the Arizona Public Service Schools & Governments Program.