San Diego Gas & Electric (SDG&E) announced it has successfully completed two new long-term power purchase agreements in Imperial Valley totaling 40 MW of renewable energy with diverse business enterprise (DBE) participation. The first contract is DBE-owned via a partnership between Regenerate Power and DBE supplier Tallbear Solar. The second contract is with a partnership between 8minutenergy and Gestamp Solar, who has committed to contracting 50-percent of the project costs to diverse-owned businesses. 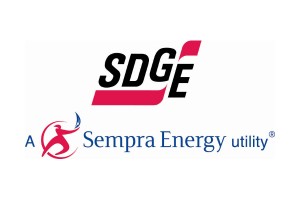 “SDG&E has made a concerted effort to increase the number of diverse-owned suppliers we do business with in electric procurement,” said Matt Burkhart, SDG&E’s vice president of electric and fuel procurement. “We look forward to continuing to expand DBE participation in our procurement portfolio as we meet our retail customers’ needs.”

The first of the agreements is a 20-year contract with Tallbear Seville LLC to purchase 20 MW from the Seville solar power facility northwest of Brawley in Imperial County, Calif. When completed in 2015, the Seville project will be comprised of photovoltaic single-axis modules and the power will be transported to SDG&E’s customers across the 117-mile Sunrise Powerlink transmission line, which was put into service this past June.

“Regenerate Power and our DBE affiliate Tallbear Solar are proud to sign this landmark agreement with SDG&E for the Seville Solar Project. We look forward to working with SDG&E, the Imperial Irrigation District and Imperial County to realize the strategic potential of this project,” said Reyad Fezzani, chief executive officer of Regenerate Power and president of Tallbear Solar.

The second of the agreements is a 20-year agreement to purchase 20 MW of energy from the Calipatria Solar Farm, also in Imperial County, from 8minutenergy Renewables’ subsidiary, 70SM1 8ME LLC and its partner on the project, Gestamp Solar. The Calipatria project is expected to be completed in 2015, and the power from the fixed-tilt solar photovoltaic facility will also be transmitted to SDG&E’s service territory via the Sunrise Powerlink.

“The Calipatria Solar Farm will deliver clean energy to over 9,000 households in SDG&E’s service area and create more than 50 direct and 100 indirect jobs in the Imperial Valley,” said Martin Hermann, chief executive officer for 8minutenergy Renewables. “We would like to thank SDG&E for their continued commitment to the Imperial Valley, where the unemployment rate is among the highest in the nation.”

SDG&E has been a national leader in providing opportunities for DBE natural gas businesses for more than 20 years. In 2011, SDG&E purchased more than $65.5 million, or 34 percent, of natural gas for electric generation supply from DBE suppliers. Starting in 2011, SDG&E began planning for the California Public Utilities Commission Supplier Diversity Program‘s new requirement to report on DBE spending in electric procurement.

Overall, in 2011 SDG&E reported that 38.13 percent of products and services were provided by DBEs. SDG&E spent a total of $546 million on purchases with women, minority, and service-disabled veteran-owned businesses in 2011 – a nearly 42 percent increase in spending over 2010.