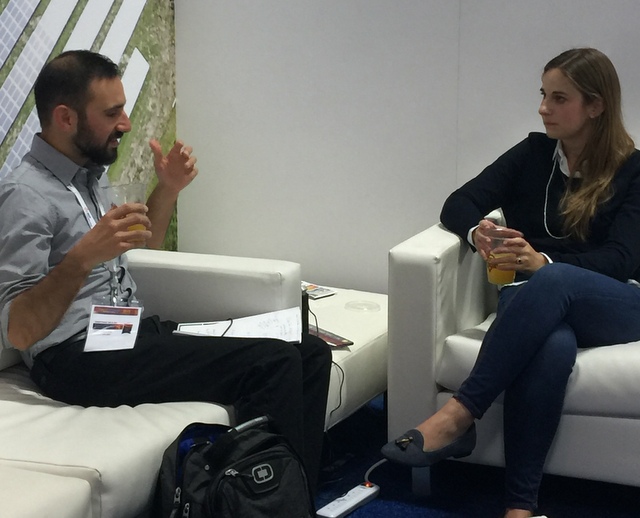 We sat down, with mimosas in hand at 9 a.m. on the last day of Solar Power International, with Kate Trono, VP of Products for SunLink, for an in-depth discussion on the role that data and technology will play in the future of solar and (hopefully) the grid. At some point, I also nerd it up and mention my current favorite Sci-Fi comic series.

What to listen for

After the intro and early rambling, we dig into what Kate and SunLink are most excited to be working on right now. “From what we’ve learned from how to take our [tracker] data and how to make sense out of it, we push out more intelligence – kind of that same thing we do in product management, and we think the other technology companies could do something similar with their data, where they make it more actionable, rather than just a data feed.” The goal being more transparent data across the industry.

At the 11:30 mark, Kate shares some cool ideas on better incentivizing reliability and performance in solar. “The way solar projects are financed … there’s other things solar could do rather than just hit an agreed to energy amount … grid services that are recognized by the utility.”

At the 15-minute mark, we burrow into Kate’s imagination and see her vision of the ideal energy world and solar’s role in it. This obviously leads us into a chat about video games and the Sci-Fi we are into these days.

This SPI there was also a big focus on diversity, and we wanted to get Kate’s perspective not just as a woman in solar, but in the tech/engineering world of solar, which is one of the most white male-dominated fields. That discussion starts at the 18-minute mark.

At the 21-minute mark, I explain my fears about our technology future, and Kate tries to calm me down.

Finally, around 24 minutes, Kate tells us what she found that was new and cool at this year’s SPI.