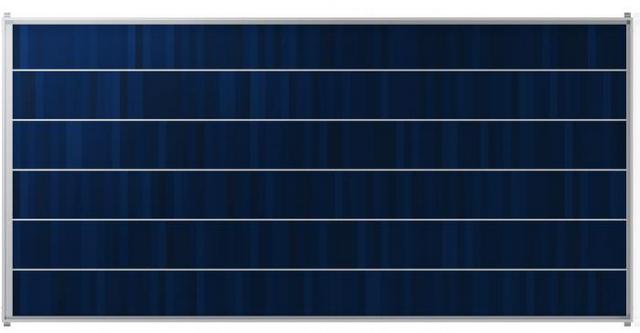 SunPower announced the development of a new line of solar panels that it will market under the Performance Series product name. The new products utilize a proprietary manufacturing process to assemble conventional silicon solar cells into panels with increased efficiency and reliability compared with conventional panels. Designed to target a new set of customer segments and global markets, the Performance Series panels will be available in all three of SunPower’s segments – residential, commercial and power plants – later next year.

“Our new line of Performance Series products continue the SunPower tradition of higher efficiency, superior reliability and enhanced aesthetics compared with conventional panels, all in a lower priced product configuration,” said Tom Werner, president and CEO of SunPower. “Together with our best-in-class E-Series and X-Series back-contact panels, we are expanding our product line to offer customers a wider range of product choice and increase our reach to additional markets, further enhancing company growth.”

According to the company’s blog:

We accomplished this by eliminating the reflective copper ribbons that partially shade the front of solar cells in conventional commercial panels, enabling the P-Series cells to capture more light.  We reduced the resistance to current within the solar panel and made the new solar panel bigger.

The Performance Series is uniquely well-suited to larger roofs, for example in commercial uses. Because of its unique internal circuit, the P-Series panel is less susceptible to conditions where there’s shade or dirt on the panel. This results in more energy production over time compared to conventional commercial panels.

The Performance Series product line is an outgrowth of technology developed by Fremont, CA-based Cogenra Solar, which SunPower acquired earlier this year. Over the space of several years, Cogenra developed and extensively tested a novel cell interconnect technology which eliminates the need for the soldering and copper ribbons that are a major cause of power loss and degradation in conventional panels.

“SunPower’s new Performance Series is a powerful combination of Cogenra’s innovative cell interconnect technology, with more than 30 patents issued and pending, together with our extensive solar panel intellectual property, manufacturing experience and scale,” Werner said. “These new products will provide our customers with up to 15 percent more power than conventional panels with improved reliability and shade tolerance.”