Natcore Technology Inc. has achieved commercial-level efficiencies for its laser-processed solar cells. This refinement of Natcore’s all-back-contact silicon cell structure, which utilizes low-cost aluminum instead of high-cost silver, has progressed rapidly. Less than 11 months ago, early proof-of-concept cells were delivering 4 percent efficiencies. Today, the cells have already reached efficiencies of 17.5 percent, roughly equivalent to some commercial cells being sold today.

Natcore’s new cell design is producing short-circuit currents above 40 mA/cm2 and open-circuit voltages above 0.65V. Expected improvements in these measurements, as well as fill factor, project to efficiencies well above 20 percent. 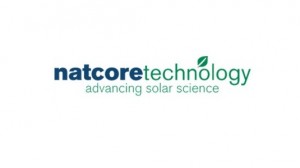 Natcore’s new design builds upon the basic concept of a silicon heterojunction (SHJ) solar cell. An SHJ cell produced by Panasonic holds the current world record efficiency for a silicon solar cell at 25.6 percent. There is nothing inherent in Natcore’s new design that would preclude it from ultimately achieving efficiencies in this range, according to the company.

The rapid improvements in performance for Natcore’s new SHJ cells have been made in the company’s Rochester research facilities, which, while employing advanced laser and processing equipment, are somewhat limited in comparison with commercial solar cell production facilities. Thus it is expected that significantly higher performances will be achieved as development of Natcore’s cells progresses from the lab to production facilities.

Natcore’s laser processed, all back contact solar cell technology will accelerate the introduction of a new generation of solar panels that will be more efficient than current solar panels and will be lower in cost. Part of the output gain will come from eliminating the reflecting metal contact strips on the top of the cell, thereby increasing the amount of light absorbed by the panel, and part of it will come from reducing cell-to-module losses, i.e., the electrical losses that occur when the cells are electrically connected to each other using the small metal ribbons that are today’s technology. The result will be an improvement of panel efficiency by as much as 8% to 10% compared to today’s products. The panel cost reduction comes partly from replacing the cost of silver with the cost of aluminum and partly from the reduced handling needed for an all back contact panel assembly compared to a standard panel.

To quantify these cost advantages for potential partners, Natcore has retained a highly respected independent laboratory to prepare an analysis comparing the cost of producing solar cells using Natcore’s breakthrough process with that of making cells using existing manufacturing methods.

“Many companies are producing cells with efficiencies at the levels we’ve so far achieved,” says Dr. David Levy, Natcore’s Director of Research and Technology. “But cells made using our technology will ultimately be much more efficient and far less expensive to produce, which will equate to very significant cost/watt improvements.”
The Natcore structure leverages a high-volume aluminum metallization that can be very low in cost. Because its current efficiencies are now in the range of commercial production, Levy feels that its novel approach is validated.

“We have reached performance goals that make us ready to present our case to large manufacturers whose scale and resources can help us reach the ultimate, ultra-high-efficiency potential that our cells are capable of,” says Chuck Provini, Natcore’s president and CEO.