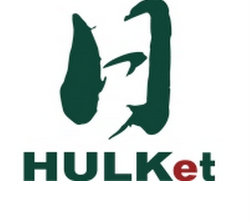 “The ‘power gain factor’ is a vital measurement for all PV modules,” commented Brian Sung, founder and President, HULKet. “Regardless of the operating environment, including hotter climates, our Cigs-3000 Series delivers a sizeable power boost when compared to crystalline silicon modules. The consistent power output combined with the green design provides a superior product and investment.”

In addition, the temperature coefficient of Pmpp is (- 0.23 % /o C) – the lowest record of global commercial solar modules. The average conversion efficiency is 14% in mass production.

According to HULKet, the average BOS (balance of system) cost for a Cigs-3000 Series module is up to 60 percent lower than that for three conventional CIGS thin-film PV modules, such as the HULKet CDF-1000 Series. The reduction in BOS costs is due to using a smaller volume of installed components and materials, such as mounting frames, DC connectors and cable, as well as less labor requirements. As a result, the new Cigs-3000 Series is competitive with c-Si solar cells in total installation costs.

HULKet is currently seeking U.S. distributors and large-end users in this market.