How do we solve the utility identity crisis? SEPA pushes for ideas 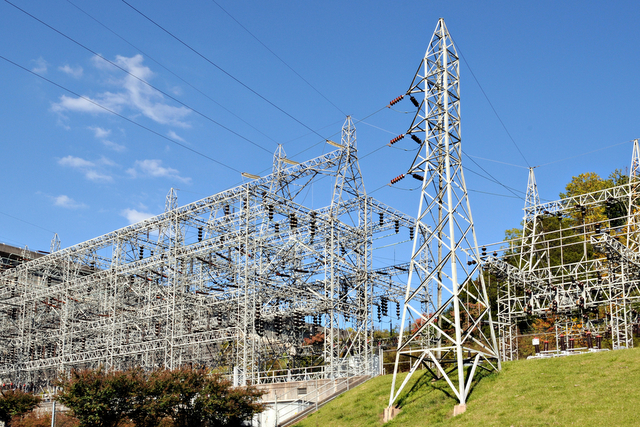 Disruption within the electric power sector has led to a changing, and sometimes unclear, role for U.S. utilities — uncertainty that has resulted in delayed investment in critical infrastructure for a 21st century grid and, sometimes, an unnecessary rift between utilities and renewable energy industries.

So, instead of mapping out sensible plan for the future, everyone gets bogged down in short-term, day-to-day victories. Every week brings a new example somewhere around the country.

Last week, Maine continued to have problems deciding its energy future, paralyzed by the discord of competing lobbyist voices. The pro- and anti-solar sides have been locked in a fight over the future of net metering for over a year, but a bill was passed in July that was going to temporarily keep net metering incentives in place while the Public Utilities Commission conducts a cost-benefit study. Crucially for solar advocates, this bull would supplant a net-metering rule approved this year by the PUC that would gradually phase out net-metering benefits starting in January.

This reasonable compromise was vetoed by Gov. Paul LePage, but the bill passed with enough votes to override this veto – but further action has been delayed after a renewed lobbying campaign has representatives unsure of their votes.

From The Portland Press Herald:

But when politicians came back to Augusta on July 20 to take up unfinished business, the bill suddenly went off the schedule. Three factors were behind the postponement: cost concerns, legal language and special interest lobbying.

According to state filings, more than 20 organizations reported lobbying expenses in June related to the bill, L.D. 1504. The greatest spending by far was by the Industrial Energy Consumer Group, which supports the solar bill and represents large electric customers. It reported more than $18,000 in lobbying expenses that month.

The Northern New England Solar Industry Alliance, led by rooftop solar installers, was next with $6,400. CMP, which employed three different lobbyists that month, reported expenses of $2,700.

In North Carolina though, Gov. Roy Cooper signed House Bill 589, a substantial portion affirms the place of the solar industry within the state. This new law will provides for a competitive solicitation process for new utility-scale solar, access to rooftop solar leasing and a new Green Source Rider, will drive an estimated $14.6 billion in direct investment in solar energy in North Carolina.

“By signing House Bill 589, Gov. Cooper sends a strong signal that North Carolina plans to continue to lead the nation on solar energy while also opening the door to energy storage deployment in the state,” stated Advanced Energy Economy VP of State Policy, J.R. Tolbert. “This legislation, with its many positive provisions, was largely the product of a comprehensive stakeholder process. Unfortunately, in the final hours, the state Senate inserted an arbitrary 18-month moratorium on permitting for wind projects into the bill. This ill-considered action will bring to a halt $700 million in wind projects already in the works for the state, and send a chill through a wind industry that is otherwise poised to match the economic contribution of solar in North Carolina.”

Anyway, those are just two totally different examples, but that’s the point: These politically motivated energy decisions are all over the place. Is anyone interested in trying to find a real solution?

To provide more clarity on this essential issue, the Smart Electric Power Alliance (SEPA) has launched a new phase of its 51st State Initiative with an industry-wide call for papers on key questions surrounding the evolving role of utilities. As in the previous two phases of the initiative, industry thought leaders, executives, and top researchers and innovators from across the country will weigh in on a range of core topics.

“Utilities must evolve to meet ever-changing customer wants and needs. But without clarity on what is in-bounds and what is out-of-bounds, customers will not receive maximum benefit because the electric power sector can’t respond to their demands as quickly or fully as possible,” remarked Courtney McCormick, Vice President of Renewables and Energy Solutions, PSE&G.

Some of the issues the papers will address include:

• In the face of rapid, technological change, does utilities’ longstanding “natural monopoly” on power distribution provide the economic and social value as originally intended? What parts should or should not be maintained?

• With evolving business and regulatory models, who will be the electric power provider of last resort, and what will that mean on a distributed grid?

“As an intelligent energy storage company, we have to understand the fundamentals of how the power industry will evolve,” said Karen Butterfield, Stem’s Chief Commercial Officer.
“It is imperative that the roles of all market participants are clearly defined, so we can make decisions about when to partner, and when to go it alone.”

Submissions are due no later than Sept. 22.