How are solar trackers holding up in hurricane season? NEXTracker sends an update

Hurricane season is never a fun time for those in the danger zones, but this year has been especially dangerous. And where there is extreme weather, there are challenges posed to solar systems. The highest quality mounting systems are tested to overcome these extreme conditions. Here is one feature from our archives on mounting in extreme weather. Summary: It is tough.

For more insight, NEXTracker sent over its perspective on how its tracking system, NX Horizon is designed to withstand a wide range of harsh environmental conditions – including high winds and flooding. NEXTracker NX Horizon has been put to the test in the Southeast in recent days due to extreme weather. One can see from the image below just how well NX Horizon held up in the wake of devastating storms, high winds and horrendous flooding. 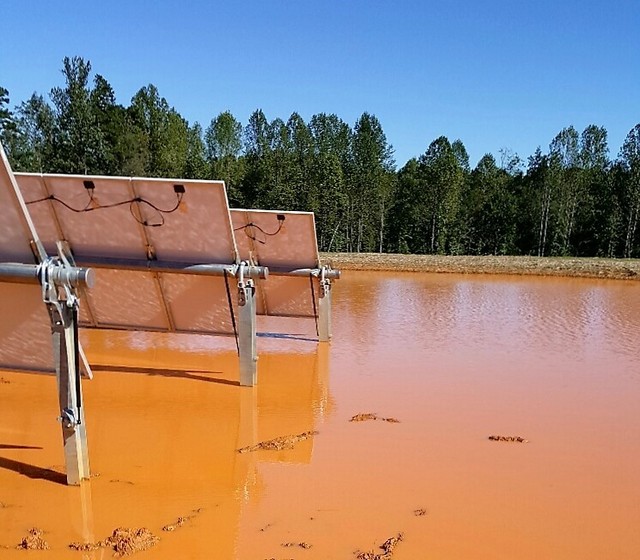 NEXTracker reports that because of NX Horizon’s design, all of its systems in the hurricane-ravaged areas remain intact with zero damage. The company attributes this to:

For more info on NEXTracker, head to the company website.