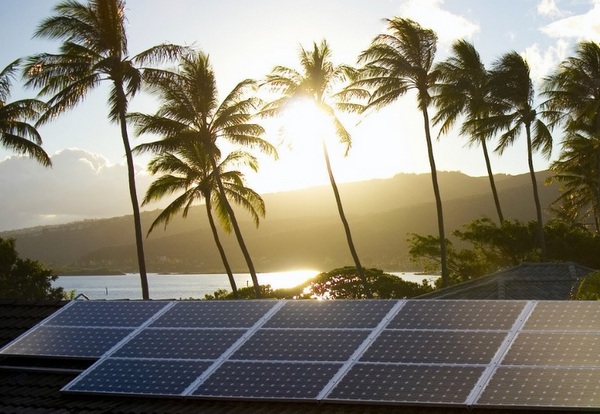 Hawaii enacted a law this week that requires all of the state’s electricity to be produced from renewable energy sources no later than 2045. The new policy, Act 97, makes Hawaii the first state in the nation to adopt a 100 percent renewable requirement, further solidifying Hawaii’s role as a global clean energy leader.

“Hawaii is making history, not only for the islands, but for the planet,” said Jeff Mikulina, executive director of the Blue Planet Foundation. “We are making a promise to future generations that their lives will be powered not by climate-changing fossil fuel, but by clean, local and sustainable sources of energy.”

Blue Planet Foundation, whose mission is to clear the path for 100 percent clean energy, drafted the legislation and led the grassroots campaign to pass the bill, which included channeling the support of over 500 students statewide in the form of letters and illustrations delivered to lawmakers. The organization praised both the governor and legislative leaders for their resolve in establishing the new target.

Many believe that Hawaii can achieve 100% renewable electricity in a shorter timeframe than the law requires. Hawaii’s renewable energy use has doubled in the past five years, with the islands currently generating about 22 percent of their electricity from wind, solar, geothermal and other renewable energy resources.

“For more than a decade, Hawaii has consistently come out ahead on its clean energy goals,” said Richard Wallsgrove, program director for Blue Planet Foundation. “Overwhelming public support for renewable energy, rapid technological advances, and volatile oil costs are all driving us to replace fossil fuels sooner than we think.”

“This week we put an expiration date on fossil fuel use,” said Henk Rogers, President of Blue Planet Foundation. “Hawaii is sending a signal to the world that 100% renewable energy isn’t just a vision, it’s a commitment.”