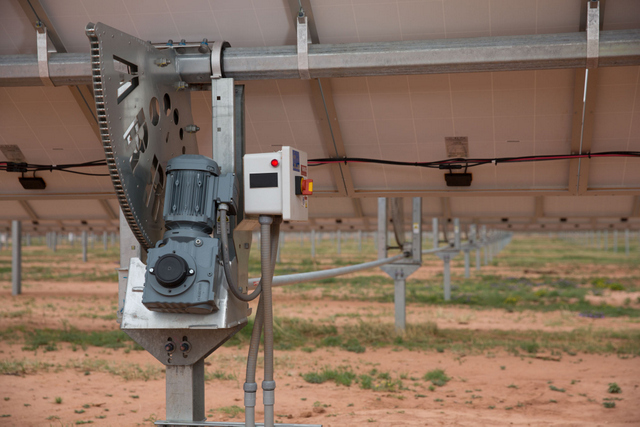 The following article is from the Jan/Feb issue of Solar Builder magazine. Set up your free print or digital subscription here.

1. Demand for ground-mounted PV has been the primary driver of growth in the United States.

The United States has become one of the largest solar photovoltaic markets in the world, primarily driven by demand for ground-mounted systems. To put this in perspective, IHS Markit forecasts the U.S. market will deploy 37 GWdc of PV from 2016 to 2018, with ground-mounted systems accounting for over 70 percent of installed PV capacity during the period.

After the rush of development and installations in 2016 due to the late extension of the Federal investment tax credit (ITC), the U.S. PV market experienced decline in 2017 as the project development pipeline replenished and set targets on opportunities in 2019 and beyond. Due to recent trade policy dynamics, 2018 could lead to a second year of decline for the U.S. PV market if new tariffs result in significant price increases for PV technology. IHS Markit currently assumes that a new 30 percent tariff on imported PV cells and modules will be implemented in Q1 2018 [the decision was not made at presstime], increasing the base price of PV modules in the United States and negatively impacting demand for utility-scale PV solutions during the year.

But even as the market for ground-mounted PV in the United States faces decline in the near-term, it remains a multi-gigawatt opportunity. When the market experienced its greatest demand for ground-mounted PV in 2016, leading markets included familiar states such as California, North Carolina, Utah and Nevada. Increasingly, emerging markets are accounting for more ground-mounted PV demand in the United States. IHS Markit projects that Texas, Florida, Minnesota and Virginia will also be top markets in 2017 and 2018. Primary drivers of growth in such markets include the emergence of new renewable energy policy initiatives, attractive project economics for customers and utilities, and the developing interest of traditional energy companies.

2. Single-axis tracking has become the dominant technology choice for the ground-mounted market in the United States, primarily due to continued price reductions and improved energy yields.

Single-axis trackers have become increasingly popular in the United States in recent years, growing steadily in market share from 2014 to 2016 to 70 percent of market share compared to fixed-tilt systems in terms of megawatt shipments. From 2017 to 2018, IHS Markit forecasts the share of fixed-tilt systems for ground-mounted systems will remain relatively stable as demand for such solutions remains strong in markets with lower solar resource, incompatible weather patterns, less than ideal land types, and when modules can be procured cheap enough to capitalize on the denser ground coverage ratio of fixed-tilt systems.

3. The competitive landscape for single-axis trackers continues to grow at a rapid pace. 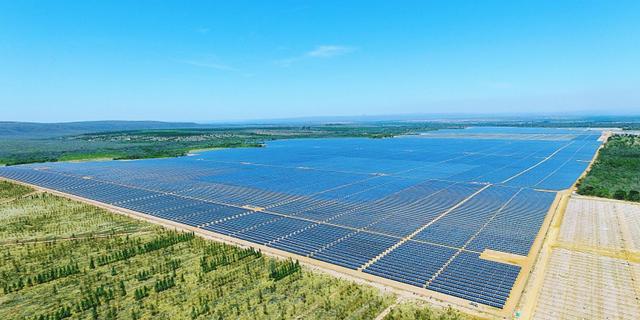 NEXTracker can apply in-house monitoring and software to optimize and manage the operations of the energy storage system with the output from the tracker system. Pictured here is Pirapora I & III in Brazil.

Due to higher demand for single-axis tracking systems in the United States, many suppliers have jumped into the market, but none have a greater presence than the two leading suppliers: NEXTracker and Array Technologies. Both have a multi-gigawatt track record of shipments and installations in the United States and are seeking to grow in international markets as global demand for tracking systems continues to increase. Notably, the two suppliers utilize vastly different tracker designs that are able to meet different needs: NEXTracker’s architecture is distributed while Array Technologies is centralized. In basic terms, a distributed system can add flexibility in layout design and distribute the risk of failure to smaller portions of the system, while a centralized design can simplify O&M requirements and reduce the amount of motors needed.

In addition to the leading players, many other suppliers have also developed tracking systems. Some of the rapidly emerging domestic suppliers of single-axis trackers in the United States include SunLink, GameChange Solar and Solar FlexRack, all of which also maintain a portfolio of products dedicated to the fixed-tilt market. International tracker suppliers such as Soltec, Arctech and Scorpius are also vying to increase their market presence in the United States, in addition to their domestic markets of Spain, China and India, respectively.

4. New trends and opportunities for ground-mounted PV emerge as technologies and business models continue to evolve.

A notable trend emerging in the United States is demand for hybrid mounting systems for some customers. Such solutions are increasing in popularity in some markets, especially those that have been very active historically, because of the lack of suitable terrain to support the use of PV tracking systems due to the sensitivity of the components. 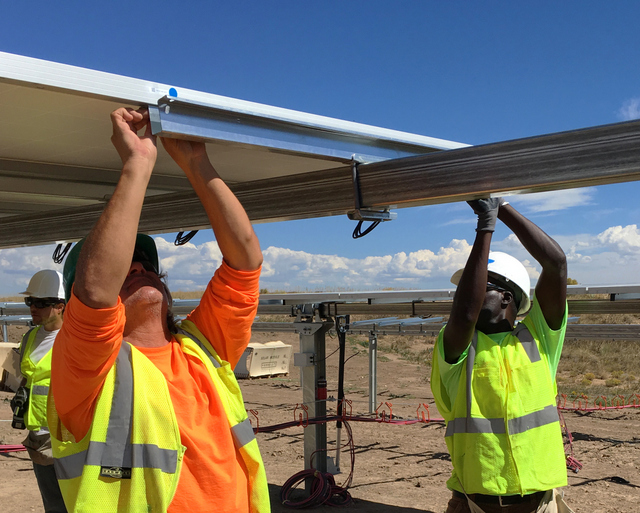 Some tracker vendors such as Solar FlexRack offer both fixed-tilt and tracker systems for complete solutions on any terrain. Photo courtesy of GRID Alternatives.

For sites that have a mix of suitable and un-suitable land for PV trackers, some customers are benefiting from working with suppliers that offer both fixed-tilt and tracker mounting systems to optimize the energy output of such projects, using the fixed-tilt mounting on rougher terrain and tracker mounting on smoother terrain. This type of solution caters well to suppliers such as SunLink, GameChange Solar and Solar FlexRack. Suppliers solely focused on tracking systems, such as NEXTracker and Array Technologies, continue to improve their products to allow customers to use their products on less than ideal land types as well.

An interesting solution developed by NEXTracker and its parent company Flex involves integrating energy storage with the design of the PV tracking system. The company has designed solutions around both flow and lithium ion batteries to service the needs various customers may have regarding their specific circumstances. The primary benefits energy storage can provide to PV customers include broader flexibility of the power generated by the PV system to better meet the load profile of their business and the ability to store energy that would otherwise be lost due to clipping by the power conversion system. NEXTracker’s solution goes a step further by applying the company’s in-house monitoring and software to optimize and manage the operations of the energy storage system in conjunction with the output from the single-axis tracking system.

Other suppliers are seeking to offer additional services by leveraging expertise and/or partnerships to diversify their businesses and create additional sales channels for their products. For example, SunLink offers integration, O&M, and software services for some customers and GameChange Solar is seeking to leverage connections with financial partners to help fund the project pipelines of their customers. Offering such services can generate additional sales channels that provide the benefit of helping customers manage fewer vendors and streamlining project development, integration and operational experiences.

IHS Markit analyst Camron Barati and research manager Cormac Gilligan are experts in the key trends shaping the market for PV in the United States.