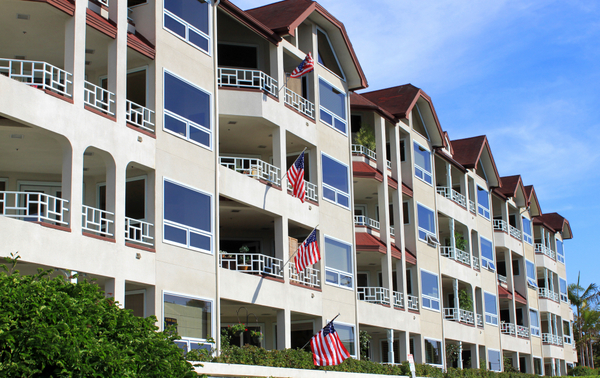 A new report demonstrates how battery storage combined with solar systems would lead to significant electric bill savings for both property owners and residents of multifamily affordable rental housing in California. The report is Closing the California Clean Energy Divide, and the findings are particularly important given the recently enacted Assembly Bill 693, which established the state’s Multifamily Affordable Housing Solar Roofs Program and provides up to $1 billion in cap-and-trade funding over 10 years to create incentives for installing solar PV systems starting in 2017.

Authored by the California Housing Partnership, Center for Sustainable Energy and Clean Energy Group, the report explores how battery storage technologies installed with solar PV would enable system owners to better control the energy they produce and when they consume it. Some conclusions:

• Under current utility rate tariffs, the combination of solar and battery storage technologies could virtually eliminate electric bills for some owners of affordable rental housing. Unlike stand-alone solar, which reduces energy consumption expenses but does little to offset expensive demand-related charges, a properly sized solar and battery storage system can eliminate nearly all electricity expenses, resulting in an annual electric utility bill of less than a few hundred dollars.

• The addition of storage technologies has the potential to nearly double stand-alone solar electricity bill savings at about a third of the cost of solar. For example, the addition of an $112,100 battery storage system to a $385,000 solar installation increased savings from $15,000 per year to $27,900, an 85 percent increase in savings for only a 29 percent increase in cost.

• The addition of battery storage to solar improves the economics of each property analyzed across all utility territories, reducing project payback by over three years in some cases.

“Our analysis, which is based on actual data from existing buildings, shows that adding battery storage to a solar PV system installed on an affordable housing property in Southern California could increase the annual savings on a property owner’s electricity bill to 99 percent, which is nearly double the savings of what a solar-alone system can provide” said Seth Mullendore, a program manager at Clean Energy Group.

“Many affordable housing owners are interested in exploring energy storage, both for the economic benefits and improved resiliency of a property,” said Wayne Waite, policy director at California Housing Partnership. “This report fills the information gap for owners so they can better understand these emerging technologies.”

With modeling support from the energy software company Geli, the authors analyzed detailed electricity usage data from nine affordable rental housing properties across California’s three investor-owned utilities, which account for nearly 80 percent of utility customers in the state. The analysis shows that the addition of battery storage improved the economics of stand-alone solar for all properties examined in the study.

The Solar Roofs program has the potential to reach approximately a third of existing affordable multifamily properties in the state. Along with delivering bill savings to affordable housing property owners and residents, these targeted incentives could help California reach its ambitious clean energy goals and lead to healthier, more resilient affordable housing communities.

“California has invested heavily to ensure qualified low-income properties have had equal access to our growing solar market,” said Sachu Constantine, director of policy at Center for Sustainable Energy. “But recent changes to the critical underlying rates and tariffs may compromise the value proposition of solar for affordable housing residents and owners unless we find a way to include the combination of energy storage and solar in the Solar Roofs program.”

Check out the full report here.