In a continued effort to think green, conserve energy and create a more enjoyable environment for guests, Thanksgiving Point reached an agreement with Utah’s Legend Solar to equip the Museum of Ancient Life with a 1,500 solar panel array. The solar installation will provide a savings of $1.5 million in power bills during the lifetime of the panels, which is an estimated 60 percent of the current power usage of the museum. 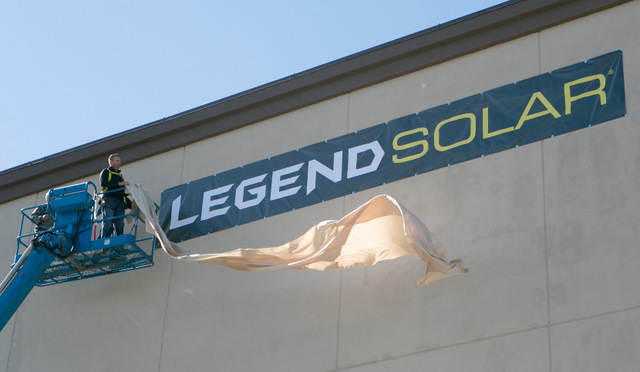 Highlights of the agreement include:

Beginning in January 2018, 167 panels will be installed to the museum’s roof. Each subsequent year another 167 (minimum) panels will be added. Upon completion, the museum will generate 450 kilowatts of power.

This is the third sponsored solar installation Legend Solar has signed in Utah. The company previously announced a $10 million sponsorship and 1,500-kilowatt system for Dixie State University, and became the official solar provider of BYU Athletics, a sponsorship that includes an 800-kilowatt solar power system.

“As a clean energy company, Legend Solar is delighted to join in partnership with Thanksgiving Point as we educate people about the benefits of solar power,” said Shaun Alldredge, co-founder and co-owner of Legend Solar. “We are excited to help support Thanksgiving Point’s mission to ‘cultivate transformative family learning.’”

This 450-kilowatt solar installation will create an environmental impact that is the equivalent of removing 3,169 cars from the road for one year, planting 388,853 tree seedlings or providing enough energy to power 2,216 homes for a year.

The Museum of Ancient Life houses North America’s largest display of mounted dinosaurs, including 60 complete dinosaur skeletons. It is also home to more than 50 hands-on displays for guests to learn about all eras of dinosaurs.