The average cost of going solar in the U.S. continued to decrease significantly in 2011 and through the first half of 2012, according to a report released today by the Department of Energy’s Lawrence Berkeley National Laboratory.  Solar advocates noted that these findings are the latest indicator that solar is an important and growing part of America’s new energy economy. 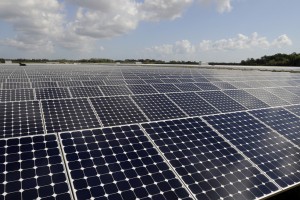 “This report shows just how far solar power has come in the U.S., and how much more we can do. Faced with a recession economy, messy election politics and an entrenched electricity marketplace, solar is quietly defying the odds and reinventing our national energy landscape. It’s really remarkable,” said Adam Browning, Executive Director of the Vote Solar Initiative.

“With solar energy more affordable than ever, more American families and businesses are going solar to meet their electricity and hot water needs,” said Rhone Resch, president and CEO of the Solar Energy Industries Association (SEIA). “Declining costs have driven record growth over the last four years and we expect the solar market to double in 2012 and double again in 2013. This growth proves that smart federal and state energy policies diversify our energy portfolio and grow our economy.  With 5,600 companies employing 119,000 Americans, the U.S. solar industry has become an economic engine for America.”

The latest edition of Lawrence Berkeley National Lab’s “Tracking the Sun,” an annual report on solar photovoltaic (PV) costs in the U.S., examined more than 150,000 PV systems installed between 1998 and 2011 and preliminary data from the first half of 2012. Key findings include:

•    The average installed price of residential and commercial PV systems completed in 2011 range from $6.1/W for smaller projects to $4.9/W for larger projects, an 11-14% decrease from the year before. Installed prices fell an additional 3-7% in the first half of 2012.
•    Historically, installed PV prices have declined an average of 5-7% per year from nearly $12/W in 1998, with particularly sharp reductions occurring since 2009.
•    The recent price decline is, in large part, attributable to falling module prices, which fell by $2.1/W from 2008 through 2011, and have fallen further still in 2012.
•    Non-module costs, such as installation labor, marketing, overhead, inverters, and the balance of systems for residential and commercial systems declined by roughly 30% from 1998 to 2011, but have not declined as rapidly as module prices in recent years. Market-building policies that target non-module or “soft” costs represent a significant opportunity for continued price reduction.

The price declines found in Tracking the Sun add to a number of recent reports that illustrate:

An infographic illustrating the U.S. solar industry’s recent success is available at: http://votesolar.org/2012/11/infographic/

The full Tracking the Sun report is available at: http://emp.lbl.gov/sites/all/files/LBNL-5919e-REPORT.pdf