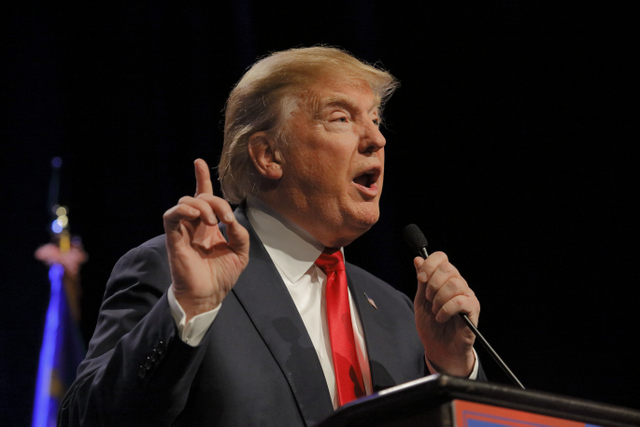 On the campaign trail, Donald Trump made it clear that he favored coal and natural gas, wanted to kill energy regulations, and that he thought wind and solar power were too expensive. In fact, at a May 2016 press conference Trump said, “I know a lot about solar, the problem with solar is it’s very expensive.”

However, Trump’s talk about coal and natural gas, and wind and solar expense (which isn’t true, by the way) may not lead to the end of renewable energy in the United States. In fact, solar likely will continue to flourish under the new administration because the industry creates jobs, prices are dropping, and it has consistently had support from both sides of the political aisle.

The No. 1 reason President Trump won’t kill the solar industry: jobs. In 2015, the solar energy industry employed 209,000 people in the U.S. And its job-creation rate was 12 times higher than employment growth in the overall economy, according to the Solar Foundation’s 2015 National Solar Jobs Census. Plus, the number of jobs in the industry keeps increasing—it had a 20 percent growth rate in 2015. The solar industry is a job-creation machine.

Trump has said growing the economy is key in “Making America Great Again.” Those 209,000 people are just a portion of the number of people working in the renewable energy industry—more than 600,000 people work in industries related to alternative energy, according to fivethirtyeight.com. “If Trump really wants to bring jobs back, the most reliable way to bring jobs to rural America is clean energy,” said solar entrepreneur Jigar Shah, co-founder of San Francisco-based finance company Generate Capital, in a Take Part interview. Job growth is a vital component of a growing economy.

On the campaign trail, Trump told supporters that solar was too expensive. But that really isn’t the case anymore.

According to a Bloomberg article earlier this year, “the cost of solar power has fallen to 1/150th of its level in the 1970s, while the total amount of installed solar has soared 115,000-fold.” The reason solar will continue to increase its foothold on the market, according to Bloomberg, is that it’s a technology not a fuel. Solar efficiencies will continue to increase and prices will keep falling. The same goes for batteries to store all that solar power.

Solar power will only get less expensive and, as a businessman, Trump should easily recognize the value in an efficient and economic energy source.

Decades ago, only hippies were interested in generating their own power. That’s not the case anymore. A Pew survey released in October 2016 showed that 89 percent of Americans—from both political parties—supported more solar panel farms in the U.S. The survey also showed that renewable energy is an issue most Americans can agree on: “While there are substantial party and ideological divides over increasing fossil fuel and nuclear energy sources, strong majorities of all political groups support more solar and wind production.”

Bipartisan support isn’t happening only among regular voters. Elected officials are behind solar too. The Federal Investment Tax Credit, which gives a 30 percent tax credit to people and commercial solar owners against the cost of the solar project, was recently renewed. It was extended by a Republican-controlled Congress in 2015. In addition, states, counties, cities, and towns all over the country have policies encouraging solar power. If Trump tried to kill the tax credits, he’d stand against the popularity of solar and support on both sides of the aisle, Gurcan Gulen, a senior energy economist at the University of Texas, told fivethirtyeight.com.

Shaun Alldredge is the Co-owner and Co-founder of Legend Solar.