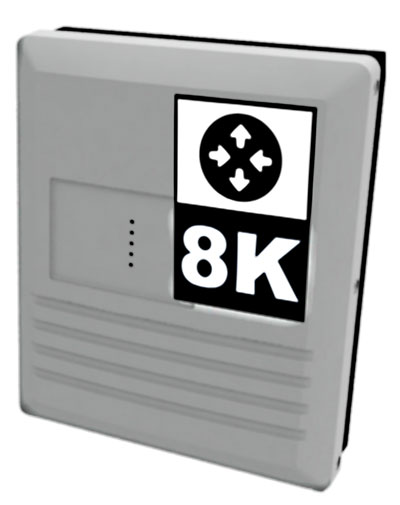 In its early days, the U.S. residential solar market was dominated by high-volume buyers like Sunrun, Solar City and Vivint, which means they bought most of the equipment, with the remaining market being served through distribution channels. But big-time growth going forward in the residential solar segment will be driven by the local installer, and the growth of that local installer market will come through greater simplicity, in both process and systems. That’s how we see it at least, and that’s the thesis driving a new PV electronics platform from Empower Micro Systems, a technology company that is currently licensing its new patented solar platform to larger established brands.

“With more financing options available, there is just not a huge advantage in being larger,” says Mika Nuotio, CEO of Empower Micro Systems. “The system is collapsing. Hyper regionalized deployment is coming. The vast majority is from installers, sold through distribution.”

So, if smaller companies gravitating toward simple solutions is the operating assumption, Nuotio says SKU consolidation is one of the most important goals to shoot for — reducing inventory costs and inventory turns makes an installer’s job easier and more profitable.

“In particular in solar, if you sit on inventory for a month or two, you are eroding your profit margin and reselling that equipment. Fast inventory turns make things much easier,” Nuotio says. “Installers are in the service business. They need transactional efficiency. When we designed our technology, we looked at the whole value chain from manufacturers through distributors to homeowners. What’s the technology that streamlines everything?”

Installers like stocking products in a van or keeping confined stock at a distributor. Select the wrong size or put the wrong one in the van and another trip is needed.

Simplicity is far from a new concept, as pretty much all manufacturers are trying to simplify their products and an installer’s workflow, but Empower’s Genesys 8K modular technology platform is maybe the simplest out there, cutting the SKU count to two: just a PowerBridge and a PoweHub. With those two, Nuotio says you can build any system from 2.4 to 11.4 kW, which could cover about 99 percent of U.S. residential installs. Comparable module-level power electronic solutions will likely have eight to 15 different SKUs. 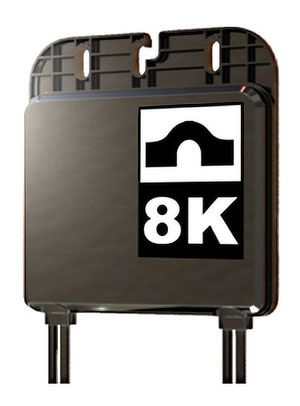 So, how is Empower able to say “just buy two components and then that’s it?” Nuotio explains it is part technology and part design. The Empower technology uses a combination of microinverters and DC optimizers, an architecture that Nuotio is calling fractal inversion.

Here’s how it was described to us: The PowerBridge is a microinverter, one installed per module; the input is DC, and the output is low voltage AC (operating between 0 and 40 volts). Multiple units are then connected in series to create an AC string and aggregated together to hit grid voltage.

The PoweHub is the smart energy combiner. It combines multiple output circuits into one circuit that goes into the service panel and can support up to three strings. Each string is 16 amps, and the aggregate output max is 48 amps. The power rating of the system scales with the number of PowerBridges.

“Because we are connecting the PowerBridges serially in the string, we have an all AC system that doesn’t need a proprietary trunk cable,” Nuotio says. “Installers we talk to say they don’t like trunk cables; they are complicated to deal with, you need three different versions in stock, slicing connectors, sealing caps. That whole thing goes away.”

Overall, the system concept reminds us of Enphase, except for the commitment to pared down SKUs and the move away from trunk cables. It is similar to SolarEdge in that the DC to AC ratios aren’t rigid, which is a trend you can expect to continue in residential solutions. It differs from SolarEdge by being all AC voltage, which means less thermal stretch compared to an oversized DC string.

“Thermal stretch on an individual PowerBridge actually goes down when you oversize in our system,” Nuotio says. “Each PowerBridge is operating at a lower power output, and the string current is limited to a max level of 16 amps. If you keep loading more and more DC power, the total power is max 3.8-kW AC, so each unit actually processes less power and therefore puts less thermal stretch on the electronics.”

Lastly, as solar + storage systems start to take off, Nuotio says the PowerBridge simply couples to a lithium ion battery pack in the way it would a PV module, to help keep those SKU counts low and install solar today but be ready with the infrastructure for storage down the road.

The rigid modularity of the system might not work for every single home on the market because a single string of at least 8 PV modules is needed to make the system and economics payoff. But that is a fairly small volume of projects.

“If you look at the cost of customer acquisition, permitting, installation and truck rolls to do anything, an eight-module system is just not economical. It is washed out by soft costs, so we don’t see that as a major limitation from an overall market perspective.” 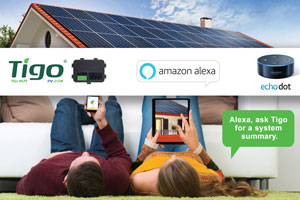 Tigo is now offering its customers the benefits of Amazon Alexa technology via the new Tigo Skill, available on Alexa-enabled products. Using the Tigo Skill, residential and commercial customers with monitored PV systems can request tailored information from Alexa, the cloud-based voice service by Amazon. For example, simply saying “Alexa, ask Tigo how much power my PV system generated today,” will report a day’s worth of power without the need to log in to Tigo’s SMART website.

“Within seconds, you can know how well your PV system is producing — without logging on to a computer or climbing on the roof,” says Maxym Makhota, Tigo’s VP of Software Development. “Tigo Skill is the first to bridge the gap between solar, artificial intelligence and the Smart Home mentality in which information is always available.”