2014 Roof-Mount Project of the Year Winner: Solar for Seals

Pinnipeds — the all-encompassing classification for seals, sea lions and similar semiaquatic marine mammals — just want to swim and play and eat fish and live with other marine mammals in peace. But sometimes unfortunate things happen — they may get trapped in nets, injured by fishing hooks or suffer from malnourishment or dehydration — and some human assistance is needed. A staff of volunteers in Laguna Beach, Calif., helps rescue, rehab and release these pinnipeds as they become stranded along the Orange County coastline. 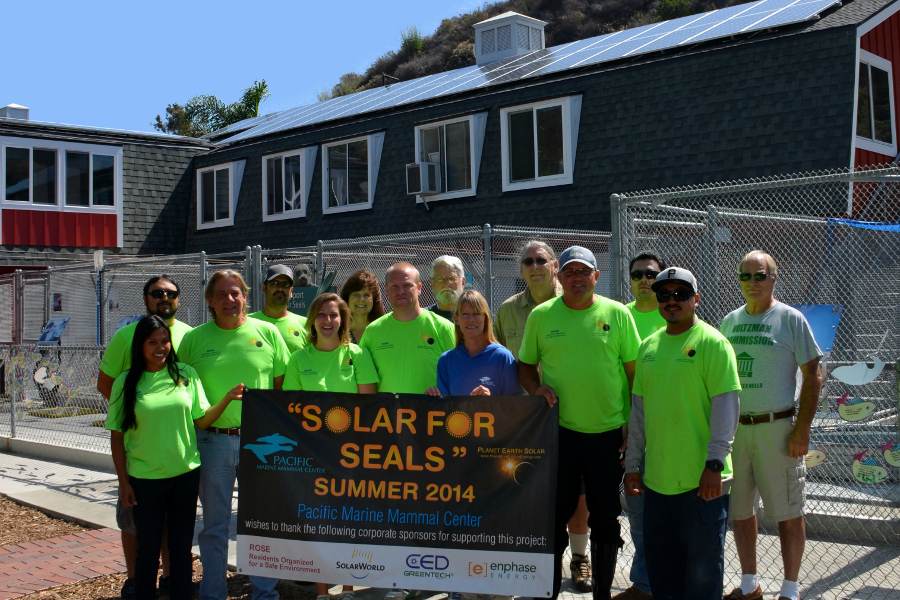 The needy animal patients are brought back to the Pacific Marine Mammal Center (PMMC), a non-profit organization that is funded by donations. It takes a lot of electricity to power freezers full of fish, medical machines and water circulation pumps — $2,000 each month during peak seasons. Generous donors help keep the 200-plus annual patients cared for, but finding ways to become more environmentally friendly with attached cost savings became a top priority for PMMC.

Luckily, some local organizations and businesses were looking for a public space to do a philanthropic, community-involved solar project. Residents Organized for a Safe Environment (ROSE) approached solar contractor Planet Earth Solar with a list of possible sites that could benefit from a solar installation. ROSE’s goals with bringing solar to public spaces are to: educate the public about solar, help non-profits active in the community to reduce costs, get communities involved with donating and reduce carbon footprints. PMMC was the perfect site, and the “Solar for Seals” campaign began immediately.

Through donations and fundraising, PMMC was able to install a 15.6-kW solar system across its rooftop. Solar Builder readers were excited to hear of all the great people (and animals!) involved with this generous project and voted the solar system as the 2014 Project of the Year winner. 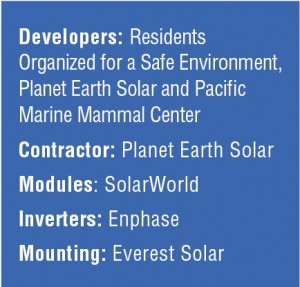 Most fundraising came through CrowdRise, one of the fastest growing online fundraising websites that uses crowdfunding, contests and other efforts to support non-profits and other charity-based organizations and individuals. Solar for Seals brought in more than $19,000 through CrowdRise, and outside donors (including $10,000 in equipment) brought the final total to $38,000.

“I have never seen such a supportive community as Laguna Beach and the surrounding communities,” says Keith Matassa, executive director at PMMC. “It’s hard to put into words how appreciative and thankful we are that they are so supportive. Without their support, we would not be able to exist. We are 100% privately funded. We rely on a lot of donations. Anything outside of the budget — like a solar project — we have to fundraise, and if the people didn’t support it, we wouldn’t be able to conserve valuable resources on this project. It means everything to us.”

Planet Earth Solar donated its labor over three days in June 2014 to install the 15.6-kW solar array on the center’s roof. SolarWorld donated modules, Enphase Energy donated its microinverters and Everest Solar provided its mounting systems for the project. 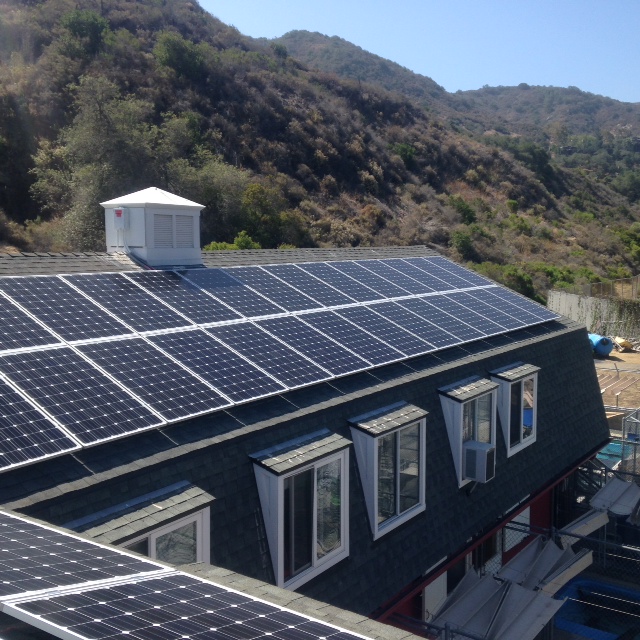 “It was awesome that it was a community effort,” says Jovelyn Murray, project coordinator at Planet Earth Solar. “It was something we felt good about. We hope to do this every year where we’re donating as much material and labor as we can.”

Matassa says the solar array has worked out better than expected and has eliminated the center’s “human carbon footprint.”

“We’re in Southern California; it’s sunny here all the time,” Matassa says. “It seemed like a no-brainer to go for solar power. Even though we knew going into it that we weren’t going to be able to completely wipe out our bill, what we were trying to do was wipe out the human carbon footprint, which we’ve been able to do. The electricity that we’re still paying for is all animal care.”

PMMC has already seen a reduction in its monthly electric bill by $400 to $500. The cost savings have allowed the staff of volunteers to focus more attention and resources to its animal patients and its 40,000 annual human visitors. The new solar system (and a planned water reclamation system) will eventually be incorporated into PMMC’s popular educational sessions for children and adults. 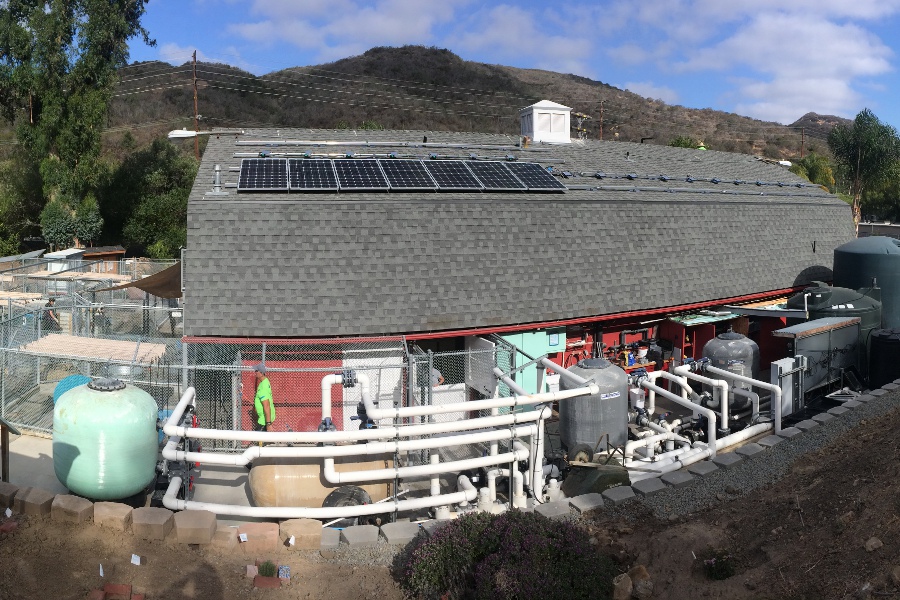 “We educate all visitors. Our volunteers are trained to talk to the public,” Matassa says. “We also educate about 7,000 to 8,000 school children each year. [PMMC is] really highly educational — that’s one of our founding missions, right next to animal care.”

PMMC has art classes, pollution-prevention sessions and summer camps for children, teaching them animal care for the seal and sea lion patients (like preparing fish smoothies, cleaning pens and watching a mock rescue).

“We will be developing an education class for adults and children on how PMMC has gone green with solar and water reclamation and how it works and what it saves,” Matassa says. “We changed all of our lighting to LEDs. We put in recyclable desks made out of milk cartons and recycled steel. Instead of big water jugs, we now use reverse osmosis. We’re going to be fashioning an education program around everything we’ve done to be green.”

Seal or Sea Lion?: When attempting to identify an animal as either a true seal (Phocid) or a fur seal or sea lion (Otariid), it is best to determine the animal’s mode of terrestrial locomotion. Remember the general rule: true seals are like slugs; fur seals and sea lions are like bears. True seals are like slugs because they cannot rotate their hind flippers forward to “walk” on land or ice as fur seals or sea lions do. Instead, they move by hunching the body like an oversized slug. Fur seals and sea lions use both hind and fore flippers to walk on land just like bears and other land mammals.
Information from pacificmmc.org.