Is there a PV storage solution between lead-acid and lithium ion? 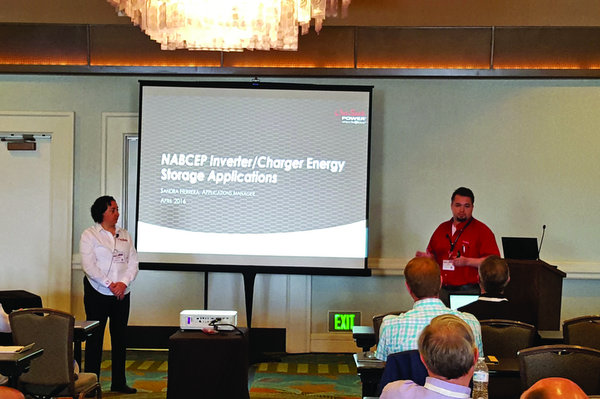 Solar-plus-storage is not a new concept — folks have been going off-grid with some PV and a few batteries since the ‘70s. But the concept is trending to the point where many say it is the future of distributed energy and the grid.

So, solar-plus-storage is both the past and the future, but what about the present? That’s where it gets kind of tricky, at least on the storage side. On the one hand, there is lead-acid, the old standby, which has a great price point around $100 to $150 per kWh, but does present some early replacement issues for an average homeowner. On the other hand, there is lithium ion, the new, cool kid on the block, which has a much longer life, but right now is still clocking in around $650 per kWh.

WEBINAR: Rooftop to Battery: the case for convenience and safety when designing Solar+Storage

At the 2016 NABCEP Continuing Education Conference, Eric Hill, senior strategic platforms manager for Alpha Technologies (parent company of OutBack Power), explained what might be a bridge between the two battery worlds and represent the present of solar-plus-storage: Nano-carbon.

“We think nano-carbon bridges the economic and performance gap that gets us to 2020,” Hill said.

Nano-carbon is a partial state of charge (PSOC) battery chemistry provided by OutBack Power that excels in three applications: off-grid deep cycle, grid-tied self-consumption and grid-tied energy backup. The technology sits in the middle both in terms of price and performance — about 10 percent more expensive than lead-acid, but with advanced cycling capabilities. The reason is increased carbon coverage — up to 100x more than a traditional lead-carbon on the negative plate, which decreases sulfation.

With nano-carbon, an 80 percent charge is fine. Maybe one random day every week results in a 70 percent discharge (so 30 percent left). That’s OK, too. As Hill explained, the nano-carbon battery was designed to live in that variability.

Whether your customer is looking for a past, present or future system doesn’t matter, just know that there are a number of options available in the market now to meet any solar-plus-storage need.