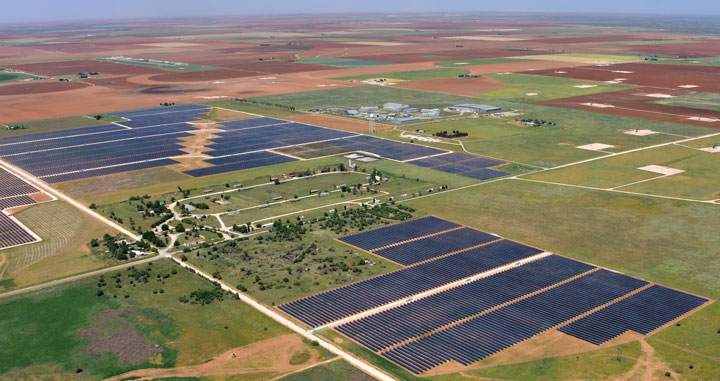 Sure, utility solar projects don’t quite strum the heart strings like solar installs that support the work of food banks or schools. Their size and scale inspire awe but not “awwwww.” But these energy-generating behemoths are booming right now, and they play a huge role in driving the conversation for more solar power, a role in need of celebrating. The Lamesa Solar Facility — this year’s Utility-Scale Project of the Year — is an archetype for this category in which saving cents and seconds are of utmost importance.

Consisting of 410,000 solar panels that track the sun throughout the day, the 131-MW Lamesa Solar Facility belongs to one of the largest utility-scale solar portfolios in Texas, providing power to 15,000 local homes.

High winds drew the most concern for site managers after commissioning. Located near wind farms, the Lamesa Solar Facility experiences higher than average wind levels on a daily basis. Here, the structure was important. The Lamesa Solar Facility system can survive these intense conditions without the need to stow, which will keep onsite power production high throughout the lifespan of the plant — wind or no wind.

But that’s not all Mother Nature had in store for this site. Just after breaking ground, construction of the Lamesa Solar Facility faced unexpected inclement weather in the form of unusually heavy rains, threatening the delivery schedule and installation of project components planned for the initial weeks, but that puddle was leapt over and the tracker components were delivered on schedule with uninterrupted project logistics.

Not only that, Renewable Energy Systems (RES), the project’s EPC, ended up completing the project commissioning ahead of schedule.

Originally expecting a 15-day commissioning period, RES was able to shave five working days off the schedule and do it all in 10.

The big reason, according to RES, was the system it selected. The DuraTrack HZ v3 from Array Technologies has a high level of kitting and preassembly and requires no additional bolting. That, plus the on-time delivery meant the experienced RES teams were able to install roughly 81 tracker rows per working day, completing the project with 25 percent fewer onsite workers in comparison to other solar tracking projects of similar size and scope.

Add it all up — the efficiency in logistics delivery, system design, installation and commissioning — and the Lamesa Solar Facility is a model utility-scale solar project and a Project of the Year for 2017.