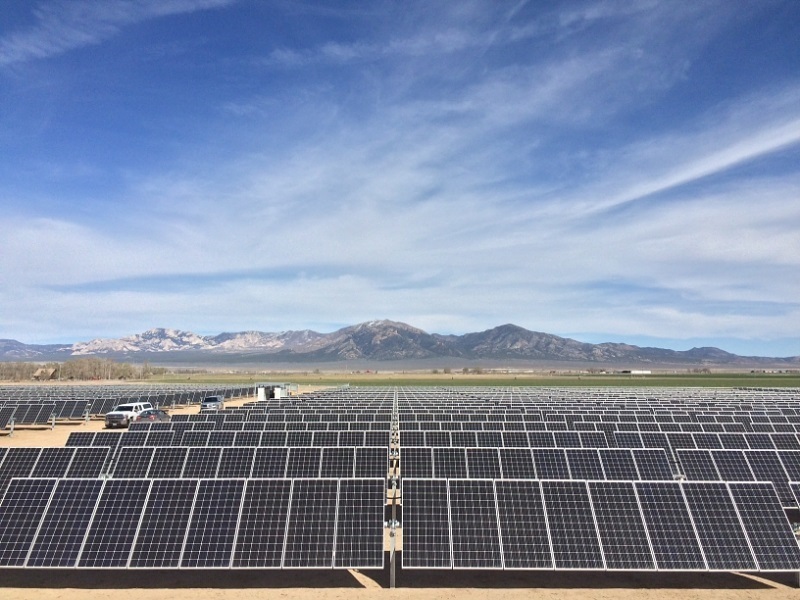 The array built by Affordable Solar will produce 1.8 million kWh of clean electricity right at the site and cover 1/3 of the distribution center’s energy usage.

Affordable Solar and Smith’s Food & Drug Stores have completed another project together, this time installing the second largest rooftop solar system in Utah on a Smith’s Food & Drug Stores distribution center in Layton, Utah. This is the fourth time Affordable Solar, a N.M.-based company, has designed and installed a solar array for a Smith’s location.

“Smith’s has made great strides in reducing energy usage in our stores over the past few years,” said Jay Cummins, Smith’s president. “And now this investment in solar energy will also reduce our costs and save our customers money.”

“We’re proud to announce the completion of Utah’s largest solar power plant,” said SunEdison Executive Vice President of Americas and EMEA Paul Gaynor. “This is the first of many SunEdison projects to come online in Utah, and SunEdison is leading the way with more than 700 megawatts of solar projects planned for delivery over the next 18 months.”

The array built by Affordable Solar will produce 1.8 million kWh of clean electricity right at the site and cover 1/3 of the distribution center’s energy usage. Beyond monetary savings, the solar array will offset approximately 1,300 tons of CO2 a year, and 32,000 tons over the life of the system. This clean energy generated is equivalent to the amount needed to power at least 175 homes or to eliminate the carbon emissions generated by 265 average automobiles. According to the Kroger Co., which owns Smith’s, this 1 MW array is projected to save the distribution center approximately $20,000 a month in energy costs.

“We were truly excited when Kroger gave us the green light to design and construct the solar project on their Smith’s Layton distribution center,” said Nick Babic, Director of Project Management for Affordable Solar. “Kroger has repeatedly demonstrated its commitment toward incorporating renewable energy into their facilities, and we will continue to work in close collaboration with Kroger’s energy team to develop additional cost-effective solar energy solutions across their portfolio.”