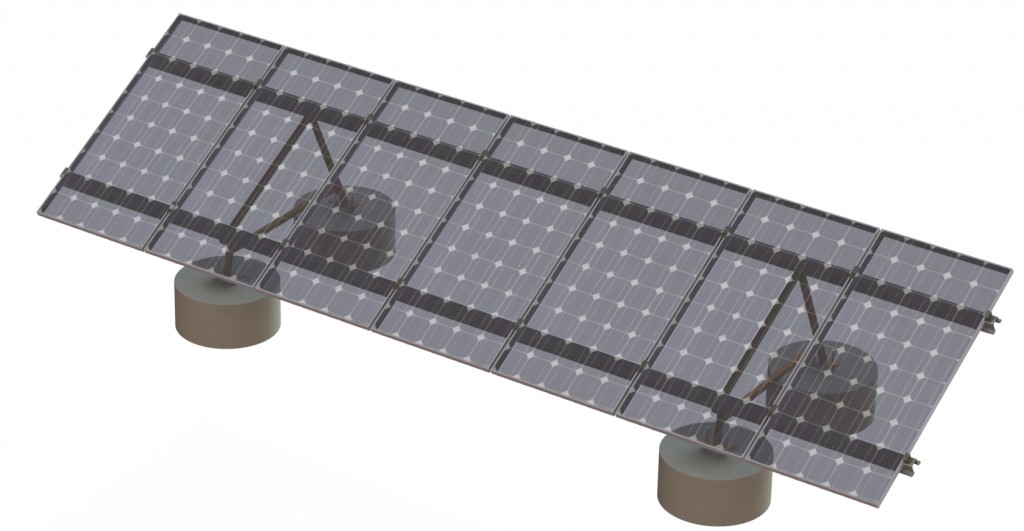 “Customers have given our Ballasted GMS product rave reviews for its ease of assembly and versatility,” said Kate Trono, director of product management for SunLink. “However, the one thing that they asked us to continue to work on was the cost and shipping challenges associated with sourcing pre-cast ballasts. Depending on the project location, shipping pre-cast ballasts can run from $12,000 to $32,000 per MW – that is a significant percentage of total installed costs. Though we will still offer our pre-cast foundation option, this new cast-in-place alternative solves that pain point and helps our customers achieve more competitive project pricing – which is our ultimate goal as their partner.”

Cast-in-place foundations have been the preferred solution for the construction industry for decades. With its cast-in-place Ballasted GMS foundation option, SunLink has adapted those proven job site best practices for the solar industry.

The cast-in-place foundations are created with concrete formwork that can be sourced from local suppliers or purchased directly from the company, allowing for flexibility in how and when the ballast is formed. In addition to optimizing foundation installation timelines, the formwork also allows foundations to be cast at varying heights on site to adapt to uneven terrain — resulting in an aesthetically pleasing solar array.

Known for being a superior solution for sites that do not allow ground penetrations, the SunLink Ballasted GMS product has been proven in the field at more than 50 MW of landfill and community solar sites across North America.

For more information about SunLink’s offerings, follow this link.