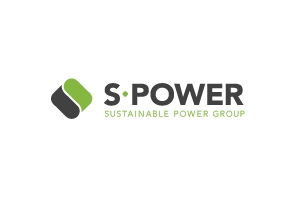 The power will be generated at the sPower Western Antelope Dry Ranch facility, to be located at 105th Street West and Avenue J in Lancaster, Calif., located in northern LA County. Construction is expected to begin in mid-2016, with a commercial operations date by the end of 2016. sPower estimates a peak construction crew size of 75 to 80 workers. The facility will be the only project to provide utility-scale solar power to Lancaster Choice Energy (LCE), enabling its Clear Choice and Smart Choice participants to save money on their energy costs.

“sPower has proven their commitment to responsible development across the many projects they have constructed throughout the Antelope Valley,” said Lancaster Mayor R. Rex Parris. “The City of Lancaster has set some very aggressive renewable energy goals, and the best way our City will achieve them is through long-term partnerships with innovative leaders such as sPower.”

Headquartered in Salt Lake City, with offices in San Francisco and New York City, sPower is a prominent independent power producer that owns and/or operates more than 150 utility and commercial distributed electrical generation systems across the United States and the UK. With greater than 1.7 gigawatts between construction and pipeline, sPower is actively buying renewable assets in virtually any stage of development in North America and the UK.

When fully operational, the facility will reliably generate enough clean, renewable energy for more than 1,800 Lancaster homes. sPower will install roughly 41,000 PV modules mounted on a tracking system that follows the sun, allowing the panels to more efficiently capture energy as the sun tracks across the Lancaster sky.

“We hold our ongoing collaboration with the City of Lancaster in the highest regard,” said Ryan Creamer, sPower’s CEO. “Mayor Parris’ forward-thinking approach to clean energy, including Lancaster’s goal of becoming the first ‘net zero city,’ has brought tremendous economic and environmental benefits to the City’s residents and businesses, alike. And we’re proud to support his vision.”